South Korea will be boosted by the arrival of Tottenham star Son Heung-min after their first two games. 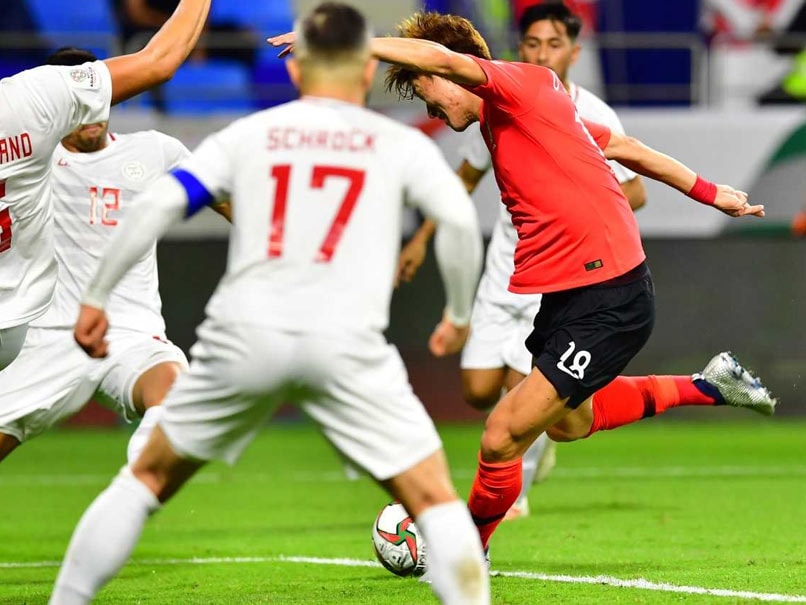 Prolific goal scorer Hwang Ui-jo snatched a second-half winner as South Korea beat Sven-Goran Eriksson's Philippines 1-0 at the Asian Cup on Monday. The Koreans, looking to end 59 years of hurt after failing to win the title since 1960, soaked up considerable pressure in their opening Group C fixture before Hwang broke the deadlock after 67 minutes in the United Arab Emirates. The Japan-based striker swivelled and smashed home from close range in Dubai to settle his side's nerves after Newcastle midfielder Ki Sung-yueng limped off with a suspected hamstring injury.

South Korea, who will be boosted by the arrival of Tottenham star Son Heung-min after their first two games, joined China on three points at the top of their group after Marcello Lippi's side squeezed past Kyrgyzstan 2-1 earlier in the day in Al Ain.

The Koreans, runners-up to hosts Australia four years ago, endured a nervous wait for their breakthrough goal against the Asian Cup first-timers.

They were indebted to goalkeeper Kim Seung-gyu, who plunged to his right to deny Javier Patino in the 54th minute.

But Hwang, whose tournament-high nine goals helped South Korea win last year's Asian Games title, came to the rescue with a piece of magic in the box and was unlucky not to add further goals as the competition favourites finished strongly.