Kyrgyzstan coach Alexandr Krestinin refused to blame his goalkeeper and said his team would keep fighting. 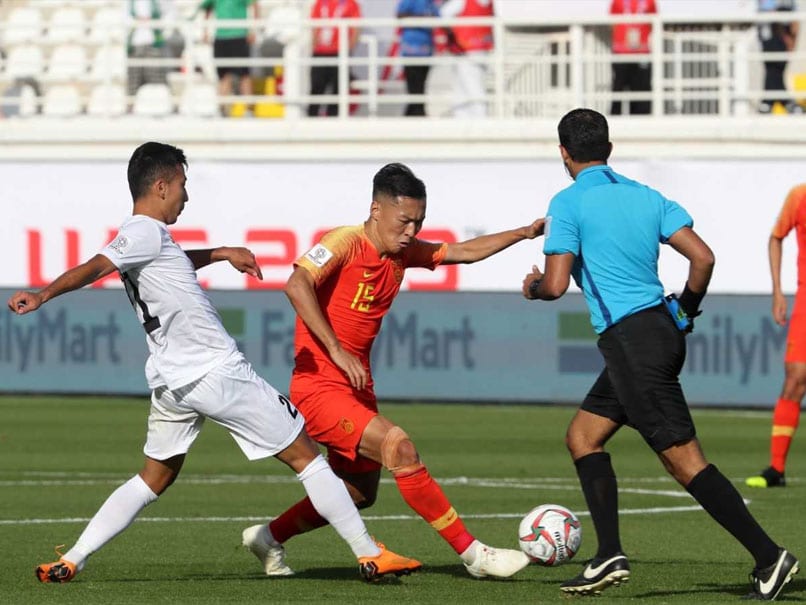 A spectacular goalkeeping blunder helped Marcello Lippi's China avoid a humiliating defeat as they came from behind to narrowly beat minnows Kyrgyzstan 2-1 at the Asian Cup on Monday. The Central Asians ranked 91st in the world and playing their first major tournament, bossed the first half and deservedly led 1-0 at the break of their Group C clash after Akhlidin Israilov's rasping strike. But panicky Kyrgyz goalkeeper Pavel Matiash committed the howler of the Asian Cup so far when he palmed the ball into his own net shortly after half-time before Beijing Guoan forward Yu Dabao grabbed the winner 12 minutes before the end.

It spared China's blushes against a team of players who ply their trade in leagues as diverse as Bangladesh and the Turkish amateur ranks, while both Matiash and Israilov are clubless.

Lippi, who is expected to depart his post at the end of the Asian Cup, said he was "enormously unhappy" at China's first half but proud of their revival.

"During the first half we weren't playing well, and I thought if we keep playing like that we're going to lose the match," said the 2006 World Cup-winning coach.

"After the reaction from my players in the second half, I'm happy that we won the three points."

Kyrgyzstan coach Alexandr Krestinin refused to blame his goalkeeper and said his team would keep fighting, with games against South Korea and the Philippines to come.

"We're not talking about the mistake from one person -- it was the whole team that lost the game," said Krestinin.

"We missed chances in the first half, but this is how the game is at big tournaments and we know that."

Kyrgyzstan were far from overawed by their Asian Cup debut as they attacked from the outset at Al Ain's sun-drenched Khalifa Bin Zayed Stadium.

In an open first half, China's Wu Lei had the first shot in anger but Vitaly Lux should have scored for Kyrgyzstan on 26 minutes when he fired well over after a brilliant touch from Mirlan Murzaev.

Wu Xi, set up by Wu Lei, flashed one wide three minutes later but Kyrgyzstan were causing serious problems at the other end, with 14 players packing the six-yard box for one corner.

Lux couldn't get on the end of Bekzhan Sagynbaev's enticing header across the face of goal but it wasn't long before Kyrgyzstan's imaginative build-up play created the breakthrough.

Three minutes before half-time, Murzaev's header fell perfectly for Israilov just outside the box and the out-of-contract midfielder smashed his shot in off the right post.

Moments later, Lux had a gilt-edged opportunity to make it 2-0 but he poked his shot just wide when one-on-one with China goalkeeper Junling Yan.

China came out with renewed purpose after the break and they benefited from an outrageous piece of luck when Matiash handled into his own net on 50 minutes.

Matiash attempted to palm Bernhardt Edgar's defensive header from a corner over the bar but only succeeded in batting it over the line.

It took the wind out of the White Falcons' sails and as they tired, Wu Xi and Wu Lei both came close with headers -- while Matiash nearly gifted them a second goal when he fumbled a back pass.

A Chinese winner looked inevitable and it was Yu who completed the turnaround, rounding Matiash and scoring from a tight angle on 78 minutes.

Comments
Topics mentioned in this article
Football China PR
Get the latest updates on ICC T20 Worldcup 2022 and CWG 2022 check out the Schedule, Live Score and Medals Tally. Like us on Facebook or follow us on Twitter for more sports updates. You can also download the NDTV Cricket app for Android or iOS.