India vs England: Shardul Thakur's counter-attacking half-century wasn't good enough to save the Indian batting from another embarrassment before Jasprit Bumrah's menacing opening spell kept the visitors on an even keel against England on the opening day of the fourth Test. 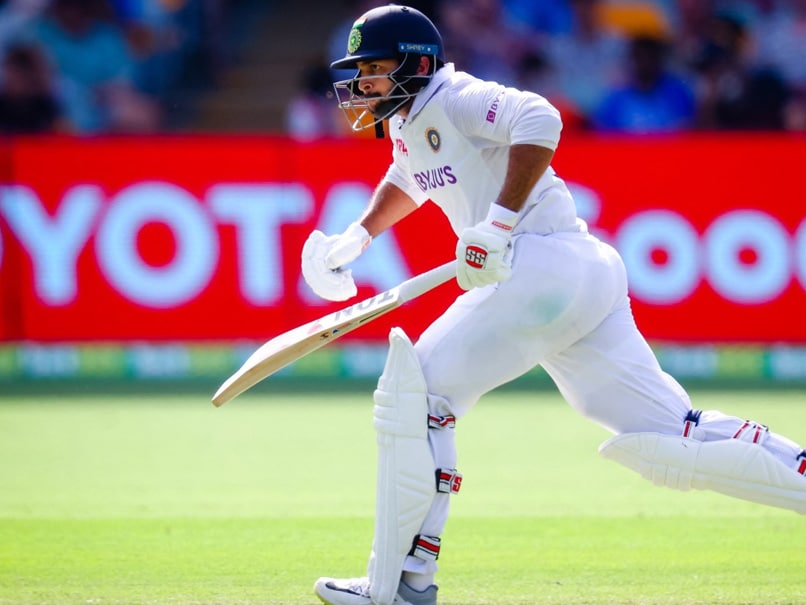 Shardul Thakur's counter-attacking half-century wasn't good enough to save the Indian batting from another embarrassment before Jasprit Bumrah's menacing opening spell kept the visitors on an even keel against England on the opening day of the fourth Test. At stumps, England were 53 for 3 in response to India's 191, having lost openers Rory Burns (5) and Haseeb Hameed (0) to the extra pace and bounce generated by Bumrah (6-2-15-2). Umesh Yadav (6-1-15-1) then bowled an off-cutter in his second spell to breach in-form Joe Root (21)'s defence which helped the visitors end the day on a high note.

That Indian shoulders didn't droop after being reduced to 127 for 7 was all because of a man playing only his fourth Test.

Justifying his tag as a bowling all-rounder, Shardul smashed 57 off 36 balls and added 63 for the eighth wicket with Umesh to take the total closer to 200 which had looked improbable after another "brain fade" dismissal from Rishabh Pant.

Save couple of half-centuries, none of the Indian batters crossed the 20-run mark.

For England, Chris Woakes (15-6-55-4) was splendid in his comeback game and no praise would be enough for the fast-rising Ollie Robinson (17.3-9-38-3), who bowled a couple of beauties to get rid of KL Rahul and Kohli.

Anderson bowled one of his classic "in-out" (swinging in and shaping out) delivery to send Pujara back and Rahane was Overton's victim with Moeen Ali not even required to bowl a single over.

With Ravichandran Ashwin being sidelined for the fourth time, the logic of playing Ravindra Jadeja as a batting all-rounder has partially backfired after team management promoted him to No 5 ahead of Rahane and the move flopped big time.

For Rahane, the time is simply running out after yet another failure and the fact that he needed to be hid behind Jadeja under the pretence of having a left-right combination, said it all.

As far as Pujara is concerned, an expert of Sunil Gavaskar's stature has pointed out that his dismissals are a result of technical problems with hands moving towards the ball with minimal feet movement.

Anderson got one to nip back in the air as the batsman shaped to play an inswinger and by the time it landed it moved a shade away to take Pujara's outside edge.

The balance was all awry and result was a simple catch to Bairstow behind the stumps. The skipper was the only one among the three middle-order big guns who looked like batting with some purpose.

There were flowing cover drives, a picturesque on-drive but when Robinson came back for his post-lunch spell and bowled one on the length which climbed as well as moved inward forcing Kohli to close the bat face for a shot towards mid-wicket.

But all it did was to clip the outside edge into Bairstow's gloves. If promoting Jadeja was a poor call from captain, it's about time that his young turk Pant (9) gets a rap on the knuckles for his distinct lack of game awareness which has been visible throughout this English summer.

Just when the situation needed some discretion from him, he was regularly charging out without much results and the wily Woakes got his number with a slower delivery, keeping the mid-off back.

It was then left to Shardul, who just trusted the bounce and hit through the line just when the pitch got a bit better.

A six over long-off, one over deep mid-wicket and best -- a pull-shoot off Robinson to bring up his second half-century had the crowd in raptures. It added some muscle to India's score but not enough for the bowlers to go out with a free mind.

When India bowled, Bumrah bowled one that had extra bounce with inward movement after pitching which Burns dragged back to his stumps.

Hameed got one on the off-stump that climbed on him as he tried to slash it but Pant took a smart catch to make it wicket No 99 for Bumrah.

However after a few loose deliveries, Umesh brought joy back into the India camp with Root's wicket in the penultimate over.

Umesh Yadav England vs India, 2021 Cricket
Get the latest updates on ICC Women's Cricket World Cup 2022 and IPL 2022, check out the Schedule , Live Score and IPL Points Table. Like us on Facebook or follow us on Twitter for more sports updates. You can also download the NDTV Cricket app for Android or iOS.