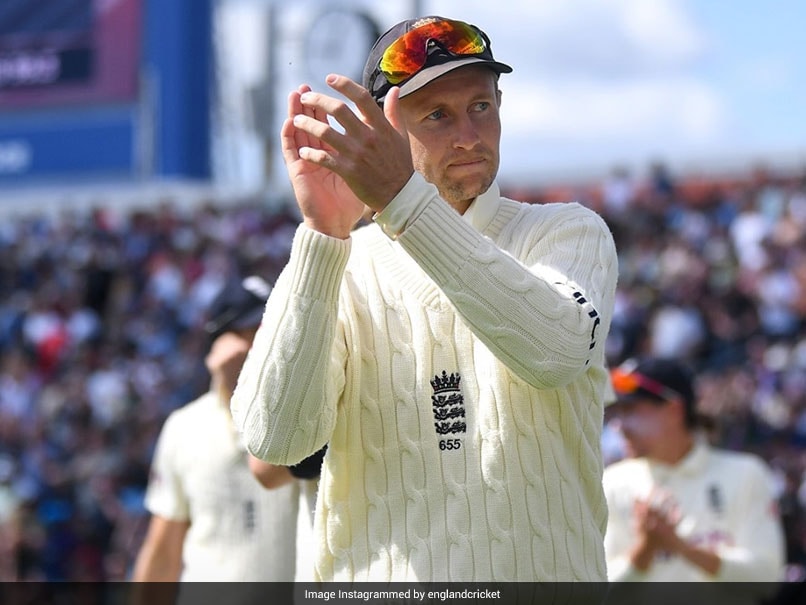 IND vs ENG: Skipper Joe Root scored his third successive century of the series in the Leeds Test.© Instagram

The England bowlers came out all guns blazing on Saturday morning and wrapped the third Test up against India in the opening session itself. And skipper Joe Root believes it was a clinical show from the boys as the team registered an innings victory to level the five-match series 1-1 with two games to go. "It was a fantastic and clinical performance from the bowlers. The two big lads (James Anderson and Ollie Robinson) put loads of pressure with three maidens, and we had a really good opportunity to take wickets and we took them ruthlessly," Root told the host broadcasters at the end of the game.

Asked about the professional show from both the batting and bowling unit, Root said, "We know we are capable of performances like this, and we have the talent, that opening stand was fantastic too. We controlled and hung in with the new ball, and we reaped the rewards."

Anderson was once again one of the best players on display as he reached 400 wickets on home soil and Root made no bones about the fact that the pace spearhead keeps getting better with each outing.

But he was also quick to praise the likes of Dawid Malan and Robinson for putting on quality performances.

"Anderson churns out performances like that and that's why he's the GOAT of Test cricket. He's very fit and sets an example for the other bowlers," Root added.

"Dawid played beautifully and started a bit cautiously, but once he got going, he was fluent like he'd been playing the last few years, so the international experience came to the fore," he said.

"As a batter you are expected to go out and score everytime and I am happy I've managed to score a few. It's been a while since I got a hundred in my home ground and I hope we can carry this form forward as a team into the Oval," Root explained.

"Robinson has been brilliant, and he's asked good questions of their defence. He's managed to move the ball throughout the innings, not just with the new ball," he added.

"Sam is a talented player, and he may not be at his absolute best, but he will do special things for England. He showed last time we played India that he could play wonderful knocks, take key wickets, so I'm not worried about him at all. He has a lot of character and he will get better sooner rather than later," he said.

"As this is my home ground, I've watched a lot of cricket here, so I thank them for all the great support," Root concluded.

James Anderson Dawid Malan England vs India, 2021 Cricket
Get the latest updates on T20 World Cup, check out the T20 World Cup Schedule and Live Score . Like us on Facebook or follow us on Twitter for more sports updates. You can also download the NDTV Cricket app for Android or iOS.