England bowlers bundled out India for 107 and 130 in both the innings of the Lords Test. 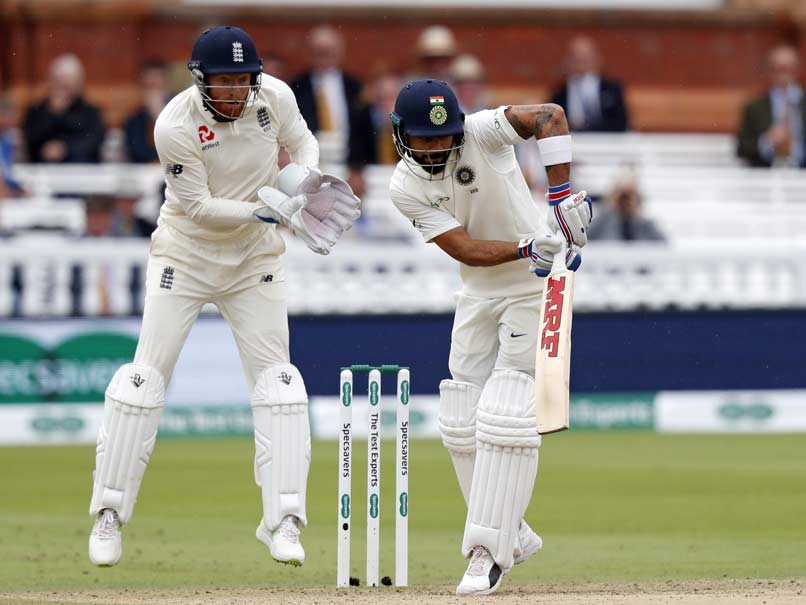 England routed India by an innings and 159 runs in the second Test at Lord's.© AFP

England beat India by an innings and 159 runs on Day 4 of the Lord's Test to take a 2-0 lead in the five-match series. Post a disappointing loss, skipper Virat Kohli blamed the batting collapse in both the innings for the humiliating loss in the second Test. The 29-year-old asserted that the team failed as a batting unit as they were not able to counter the conditions. Virat also praised the England side for their relentlessness throughout the game.

"Not very proud of the way we played, to be honest. First time in last five Test matches we've been outplayed. Credit to England. They were clinical. When a team plays like that they deserve to be on the winning side. Can't really think about those things (conditions not in favour). You have to counter the conditions as and when they come to you. Can't crib about these things. Sometimes the rub of the green will go your way too. Won't sit around and say that we didn't have the best of conditions. Their bowlers were relentless with the ball," Virat said in the post-match presentation.

Playing two spinners in the overcast conditions was one of the tactical errors that went against the team. Both the spinners went wicket-less as India failed to dismiss England in the first innings. The Indian skipper accepted the fact that the playing XI for the match was not a wise combination keeping the conditions in mind.

"I think we got the combination a bit off before the game. A chance to correct that next game. Five days to go should be okay," Virat added.

The Indian skipper, during day three and four of the match, went off the field for some time with a  lower back issue. Kohli also shed light on his injury and expected to be fit ahead of the third Test.

"Lower back issue coming up again and again, purely because of the workload. Confident I'll be fine in five days time," the Indian skipper said.

The third Test between India and England will be played at the Trent Bridge in Nottingham from August 18.

Murali Vijay Lord's, London England vs India, 2nd Test
Get the latest updates on T20 World Cup, check out the T20 World Cup Schedule and Live Score . Like us on Facebook or follow us on Twitter for more sports updates. You can also download the NDTV Cricket app for Android or iOS.