Mural Vijay was dismissed for a duck in both the innings of the Lord's Test, becoming the sixth Indian opener to register a 'pair' in Test cricket. 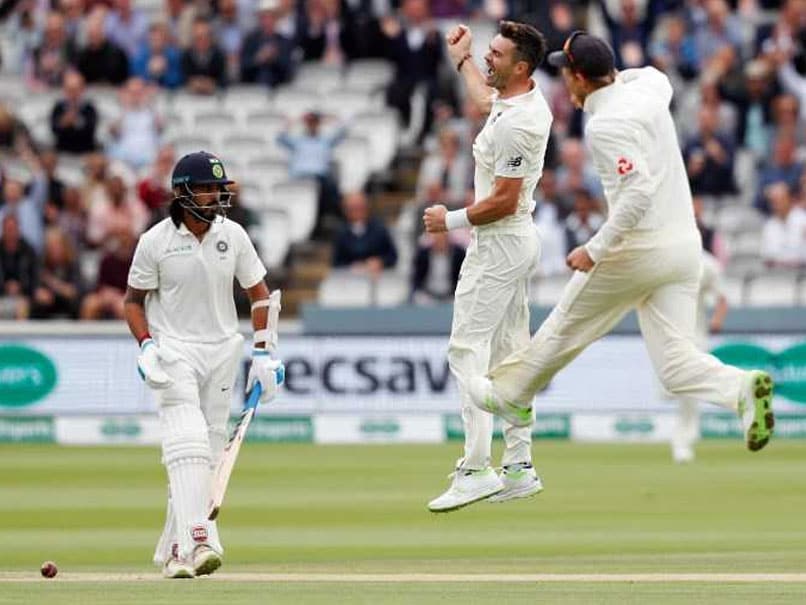 Murali Vijay has had a disastrous tour of England so far.© AFP

India opener Murali Vijay has left Indian fans exasperated with his performance in the ongoing second Test against England at Lord's. Vijay was dismissed for a duck by James Anderson in the first innings as the visitors were rolled over for 107 and suffered a similar fate in the second innings on Sunday to become only the sixth Indian opener to register a 'pair' in Test cricket history. Following his dismissal, fans took to Twitter to slam the Indian batsman with many calling for his exclusion from the India playing XI for the rest of the series in England.

Murali Vijay is worse than Dean Elgar. At least he manages to edge a few to the boundary. Should be thrown out of the Indian team immediately. #ENGvIND

Enough chance given to Murali vijay !! He's done with his career !! Only plays test cricket btw!! Very poor from him

So neither Murali Vijay nor KL Rahul are any better than Dhawan? So who else do we have to open with in the next Test?
Are we World No1 team only at Home? #KyaHogaIssBaar @ESPNcricinfo

Murali Vijay needs some rest! Maybe for the rest of the series. :) #ENGvIND #LordsTest

I don't want to see this Murali Vijay ever play for India again. He is 30+ and he is playing in one format alone. Getting a pair is the last thing we expect from him. Give a chance to some young lad. Won't mind him getting failed than seeing this same old Vijay flopping #EngvsInd

Losing is fine but this is as embarrassing as you get.. KLRahul/MuraliVijay/Rahane/Karthik .. Drop all these people and replace them with upcoming young players.. @BCCI you guys have let the whole nation down.. shame..#ENGvIND

India had suffered a humiliating batting collapse, which saw them being bundled out for a paltry 107 in the first innings. England faced no such problems when they came out to bat and piled on the misery on the visitors.

Buoyed by an unbeaten century from Chris Woakes (137 not out) and a gritty 93 from Jonny Bairstow, England declared their innings at 396 for seven to take a 289-run first innings lead.

Vijay was also the 150th opening batsman to be dismissed by Anderson. Only Australian fast bowler Glenn McGrath (155) has dismissed more openers.

This was also only the second time that India have lost their first wicket in each innings without a run on the board. The previous occasion was against Bangladesh in Chittagong in 2007 when Wasim Jaffer was dismissed for a 'pair'.

Vijay managed a total of 26 runs in the first Test but survived the selectors' chop with Shikhar Dhawan dropped from the second Test. Dhawan had done marginally better than Vijay in the Edgbaston Test, scoring a total of 39 runs. After Vijay's showing at Lord's, Dhawan will possibly make a comeback in the third Test that starts on August 18 in Nottingham.

Shikhar Dhawan England vs India, 2018 England vs India, 2nd Test Cricket
Get the latest updates on SA vs IND 2021-22, check out the Schedule and Live Score . Like us on Facebook or follow us on Twitter for more sports updates. You can also download the NDTV Cricket app for Android or iOS.