Sachin Tendulkar posted a video on social media, spreading awareness about road safety but Yuvraj Singh's reaction to it left fans in splits. 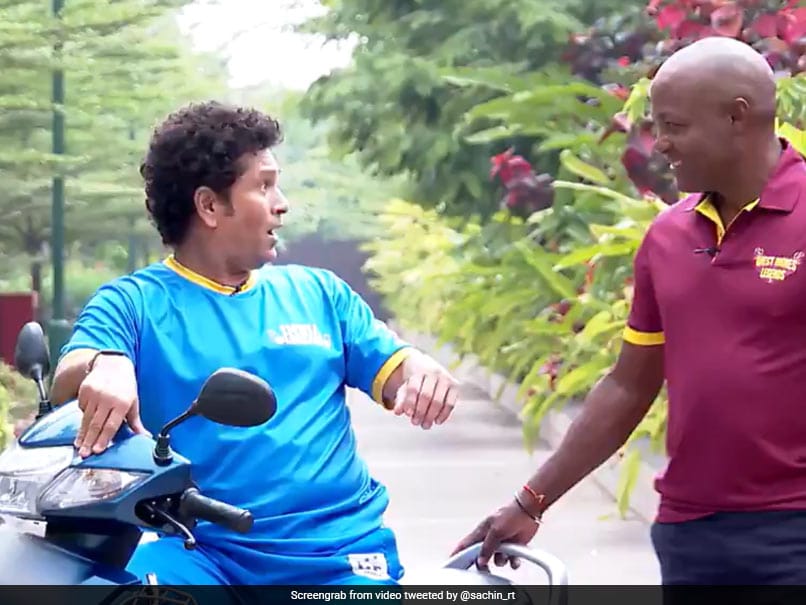 Sachin Tendulkartook to social media on Sunday to share a video in which he along with former West Indies captain Brian Lara can be seen spreading awareness about road safety. In the 49-second video, Tendulkar talks about the importance of wearing a helmet while driving a two-wheeler. "Be it riding on the roads or driving on the Cricket bat and ball field, wearing a helmet is a must! Let's not take road safety lightly & always keep safety first by wearing the right helmet. @BrianLara, thanks for helping spread this message mate. #RoadSafetyWorldSeries," Tendulkar tweeted. While fans appreciated the initiative taken by Tendulkar and Lara, former India all-rounder Yuvraj Singh's amusing take on the video left fans in splits.

Both Tendulkar and Yuvraj are in Raipur for the ongoing Road Safety World Series T20 tournament.

India Legends, captained by Tendulkar, reached the final of the tournament by defeating West Indies Legends in a high-scoring semi-finalon March 17.

Tendulkar scored 65 off 42 in an innings studded with three sixes and six boundaries while Yuvraj smashed four maximums in an over en route to his 20-ball 49.

India Legends had posted 218 for three from their allotted 20 overs and in reply, West Indies Legends could only manage 206 despite half-centuries from Dwayne Smith and Narsingh Deonarine.

The final of the Road Safety World Series is scheduled to be played at the Shaheed Veer Narayan Singh International Stadium on Sunday.

India Legends will take on Sri Lanka Legends in the title clash.

Yuvraj Singh Cricket
Get the latest updates on IPL 2021, check out the IPL 2021 Schedule and Indian Premier League Live Score . Like us on Facebook or follow us on Twitter for more sports updates. You can also download the NDTV Cricket app for Android or iOS.