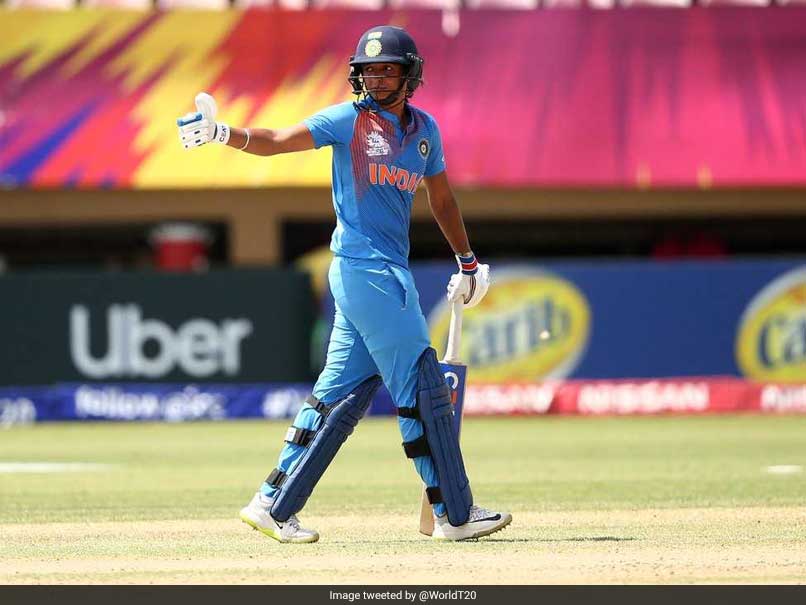 Harmanpreet Kaur took the cricketing world by storm by putting on a batting exhibition in the opening match of the World Twenty20 being held in the West Indies. The Indian women's cricket team captain hit a whopping eight sixes en route a sensational century as India outclassed New Zealand by 34 runs in the Group B match of the T20 World Cup. Harmanpreet Kaur smashed a 51-ball 103 to become the first Indian woman to score a Twenty20 International (T20I) century. Twitter was full of congratulatory messages for the Indian captain.

Among them was a post by International Cricket Council (ICC), who paid their tribute by posting a video of Harmanpreet Kaur's sixes in the match and the moment she reached the magical three-figure mark.

Harmanpreet Kaur got the @WorldT20 off to a RAPID start with a sensational display of hitting in Guyana. Here are her biggest and best shots, delivered by @Oppo #FlashCharge. pic.twitter.com/KOSrNbDGOJ

After winning the toss, Harmanpreet opted to bat but both Indian openers -- Taniya Bhatiya and Smriti Mandhana -- departed early courtesy of Lea Tahuhu. Following their dismissal, young Jemimah Rodrigues and Harmanpreet stitched together a 134-run partnership to steer India out of trouble.

After taking India to a secure position, Harmanpreet started her assault on the New Zealand bowlers. She peppered the boundaries at will and hit maximums with complete ease.

Jemimah Rodrigues too played a solid knock, scoring 59 off 45 ball to be the perfect foil to her captain.

Thanks to the record partnership between the two, India posted the highest-ever total in the history of the Women's World T20.

In reply, New Zealand got off to flyer with the seasoned Suzie Bates (67 off 50 balls) and Anna Peterson having a field day. However, Bates, who became the highest run-getter in T20 Internationals, could not find support at the other end as New Zealand were reduced to 93 for four in the 13th over.

After Bates' dismissal, the contest was as good as over as India kept up the pressure on their opponents. Hemalatha and Poonam Yadav finsihed with three wickets apiece for India while Radha Yadav bagged two.

New Zealand Women Harmanpreet Kaur Cricket
Get the latest updates on T20 World Cup, check out the T20 World Cup Schedule and Live Score . Like us on Facebook or follow us on Twitter for more sports updates. You can also download the NDTV Cricket app for Android or iOS.