Australia opener David Warner shared a graphics of Virat Kohli's stats and conceded that there is no catching the India skipper. 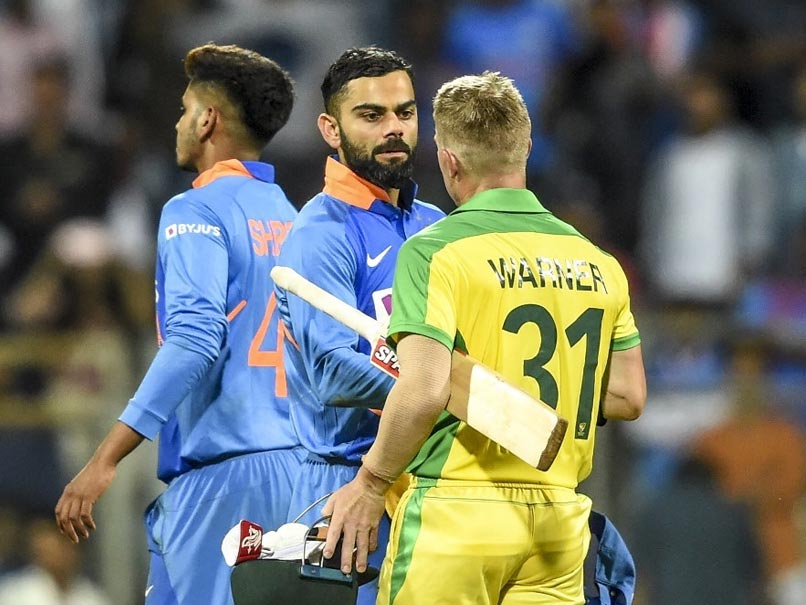 Virat Kohli leads the batting charts in terms of number of international centuries among active cricketers and Australia opener David Warner feels there is no catching the Indian skipper who is miles ahead in the race with 70 hundreds to his name across all formats. Sharing a graphics of active cricketers' century stats on his Instagram story, Warner circled Kohli out and wrote: "Fair to say we ain't catching Virat Kohli". Second on the list is Warner who has smashed 43 centuries and is closely followed by Chris Gayle(42). Both Rohit Sharma and Ross Taylor have scored 40 hundreds each.

David Warner shared a graphics of most centuries among active cricketers on his Instagram story
Photo Credit: Instagram

The fact that Kohli has hit 43 centuries in the 50-over format alone speaks volumes of his superiority in the format.

Interestingly, Kohli would have taken the joint-top spot on the basis of his ODIs centuries alone as Warner, who is second on the list, has managed 43 centuries (24 ODIs, 18 Tests, 1 T20Is) in his international career so far.

Kohli, however, is going through a lean patch in terms of centuries as it has been more than year since he reached the three-figure mark in international cricket.

His last ODI century came against the West Indies in August 2019, where he scored an unbeaten 114 and guided the team to a victory.

Kohli's last Test century came three months later in the historic day-night Test match against Bangladesh where he scored an unbeaten 131 at the Eden Gardens as India thrashed Bangladesh to clinch the series 2-0.

The Indian skipper will have a golden opportunity to end his century drought in a big game like the World Test Championship final against New Zealandin Southampton and add to his 27 Test centuries.

Despite failing to convert his starts into a three-figure score, Kohli has still played crucial and match-winning knocks for the side and it's only a matter of time that he will raise his bat once again and give his fans the moment to rejoice.

Chris Gayle Cricket
Get the latest updates on IPL 2021, check out the IPL 2021 Schedule and Indian Premier League Live Score . Like us on Facebook or follow us on Twitter for more sports updates. You can also download the NDTV Cricket app for Android or iOS.