Virat Kohli reacted to wife Anushka Sharma's post where she revealed the name of their baby girl name on Monday. 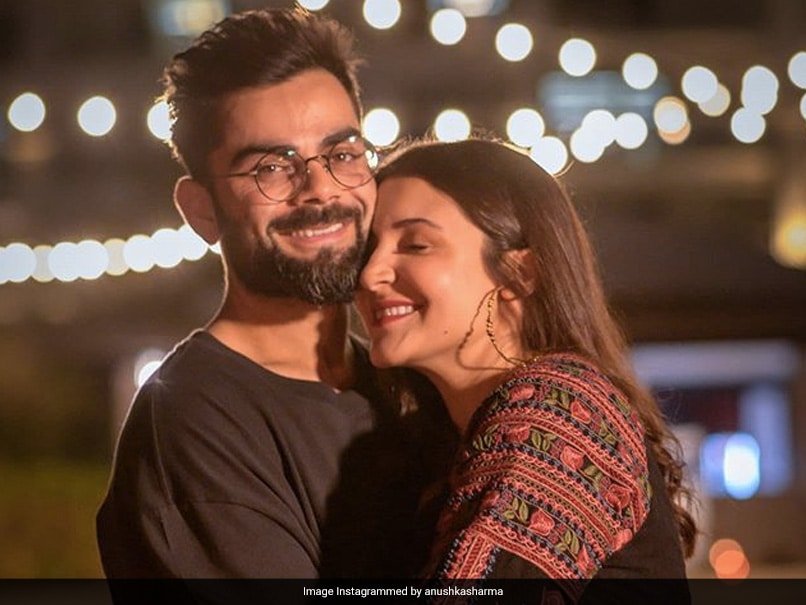 Virat Kohli, who is currently quarantining in Chennai ahead of England Test series, reacted to wife Anushka Sharma's post where she revealed the name of their baby girl -- Vamika. The Indian skipper used a red heart emoji and wrote: "My whole world in one frame". The Bollywood actor on Monday posted an adorable family picture in which she was holding her new-born child in her hand and Kohli standing next to her. Anushka wrote that the arrival of their baby girl has given them several emotions like tears, laughter, worry, bliss -- all at once. She thanked her followers for sending in their wishes and "good energy". 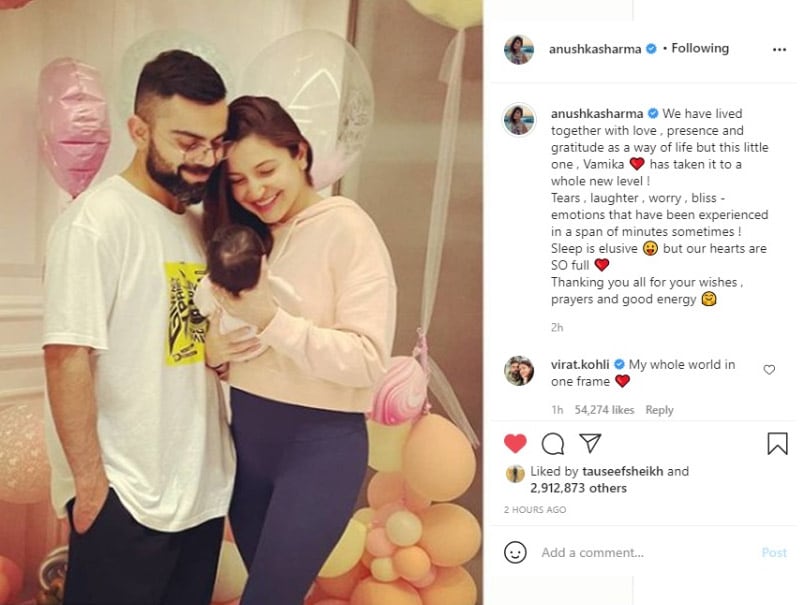 "We have lived together with love, presence and gratitude as a way of life but this little one, Vamika has taken it to a whole new level! Tears, laughter, worry, bliss - emotions that have been experienced in a span of minutes sometimes! Sleep is elusive but our hearts are SO full. Thanking you all for your wishes, prayers and good energy," Anushka wrote on Instagram.

Anushka gave birth to their daughter on January 11 and the Indian skipper had shared the news with his followers on social media. Kohli, in his post, had thanked everyone for their love and prayers and requested everyone to respect their privacy.

"We are thrilled to share with you that we have been blessed with a baby girl this afternoon. We thank you all for your love, prayers and good wishes. Anushka and the baby are both healthy and we are feeling beyond blessed to start this new chapter of our lives. We hope that you can respect our privacy at this time," read Kohli's post.

The Indian skipper took a paternity leave and had returned home from Australia after playing the first Test to be with his wife for the birth of his first child. Despite Kohli's absence, India led by Ajinkya Rahane registered a memorable Test series win Down Under, beating Australia 2-1 to retain the Border-Gavaskar Trophy.

Kohli is be back on national duty and is completing his quarantine with rest of the players in Chennai. As per reports, the Indian players will begin their outdoor training on February 2, provided they return three negative Covid tests.