Virat Kohli told Kevin Pietersen about the lowest point in his career, how he is handling the coronavirus lockdown and where he got his nickname "Chiku" from. 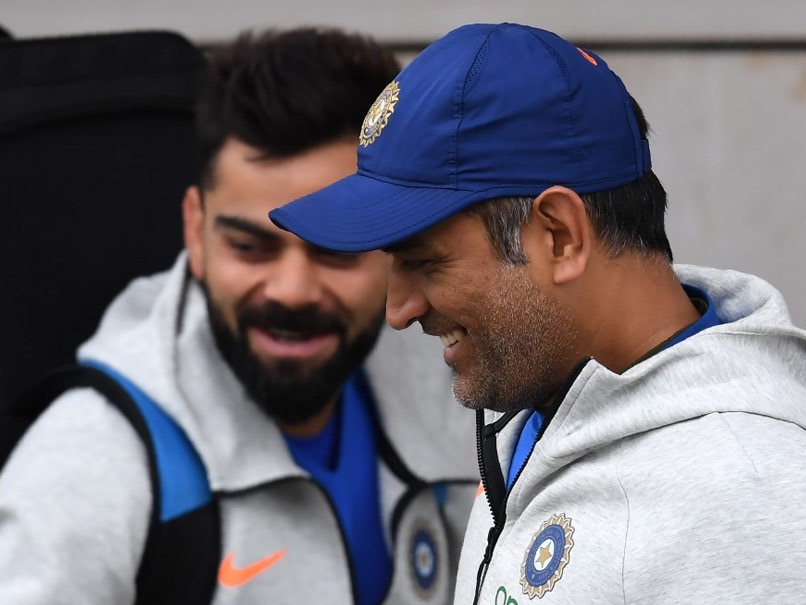 Virat Kohli revealed that it was MS Dhoni who made his nickname "Chiku" famous.© AFP

Virat Kohli was in conversation with Kevin Pietersen on Instagram live and as stated by the former England cricketer, it was almost like two friends catching up after a long time. Pietersen and Kohli began the much-anticipated chat by discussing the lockdown due to the coronavirus pandemic. "We managed to get away to a farm just before the lockdown. There is some space here. It is heartbreaking to see. People are having a tough time," Kohli said.

"We have never been in one place for so long. It's bizarre. It's not a good thing to single out something like this as an opportunity to spend time together. But it is what it is. We are being cautious and staying positive. If not for this, I'd be hanging out with you at Chinnaswamy stadium," Kohli added.

Pietersen then asked Kohli where he got his nickname "Chiku" from and the Indian captain revealed," I got this nickname from a coach in the Ranji Trophy. I used to have big cheeks then. In 2007 I thought I was losing hair. I got my hair cropped and my cheeks and ears stood out. I got the name from a cartoon character. The rabbit in the comic book Champak."

Interestingly, Kohli revealed that it was MS Dhoni who made his nickname famous by shouting it out at all times from behind the stumps.

The conversation took a serious turn when Kohli revealed that the England tour in 2014 was his lowest point.

"The England tour in 2014. There is a time as a batsman when you know you will fail and you will not get runs. I used to wake up and know I would fail. It was the worst I have ever felt. It was tough. I promised myself that I will never allow me to let that happen to myself," Kohli said.

"It happened because I was so consumed about doing well from a personal point of view. I just felt I was in England and this was Test cricket and if I score runs here then I will establish myself. I was consumed by all that crap and that led to my downward spiral," Kohli added.

Pietersen then asked Kohli why the Royal Challengers Bangalore have never won the Indian Premier League and the captain said that there are too many big names and it always comes with an added pressure.

"Big players in the team, there will be attention on the team. With big players, we will always be in the focus. We have reached 3 finals, not won, but then, those things are irrelevant, until you win the title. Even with the best team, we have not won. There is a team goal, we deserve to win the title," Kohli said.

"I think the more you try to do something, it tends to move away from you. I think we need to get the joy back into the team and not try and look to set goals," Kohli added.

For now, the start of the IPL has been put back from March 29 until April 15 "as a precautionary measure" over the coronavirus.

In the end, Kohli answered some questions from the fans on social media and picked Cristiano Ronaldo over Lionel Messi because of work ethic and drive.

Kohli added that he will never shave as he doesn't look good without a beard.

Virat Kohli's best cricketing memory is India winning the 2011 ICC World Cup and golf is the one sport that he will never play.

MS Dhoni
Get the latest updates on Fifa Worldcup 2022 and check out  Fifa World Cup Schedule, Stats and Live Cricket Score. Like us on Facebook or follow us on Twitter for more sports updates. You can also download the NDTV Cricket app for Android or iOS.