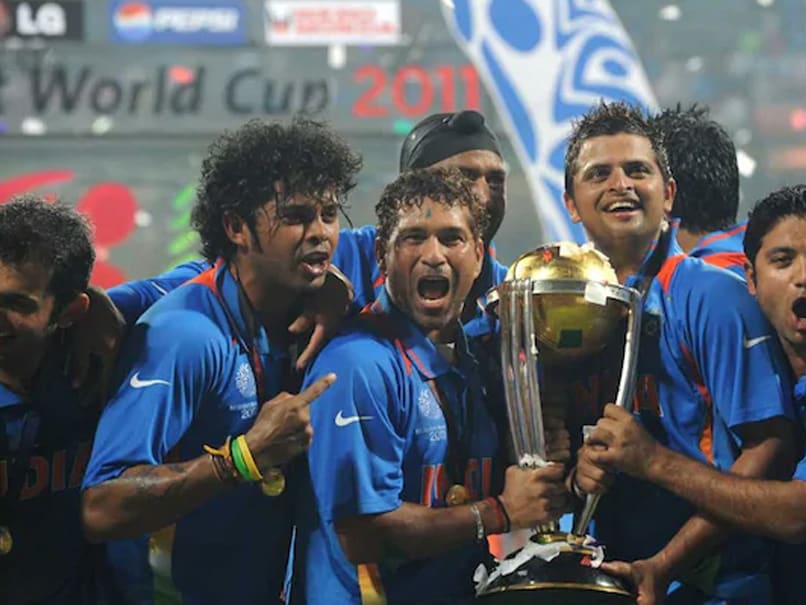 Gautam Gambhir and MS Dhoni had stitched a match-winning partnership for India.© AFP

It was on April 2, 2011, when the Men in Blue went on to win their second 50-over World Cup title. India won their first World Cup in 1983 and then had to wait for 28 years to again lift the title. Going into the 2011 tournament, India went in as the clear favourites as the competition was to be played in the sub-continent. Under MS Dhoni's leadership, India lost just one match in the competition against South Africa. India had defeated arch-rivals Pakistan in the semi-final to set up a summit clash with Sri Lanka. In the finals, Sri Lanka won the toss and opted to bat first. Mahela Jayawardene top-scored for Sri Lanka as he struck a century to take the team''s score to 274/6.

India in their chase got off to a bad start as the side lost Sachin Tendulkar and Virender Sehwag with just 31 runs on the board.

But Gautam Gambhir and MS Dhoni stepped up and stitched a match-winning 109-run partnership.

Gambhir perished after playing a knock of 97 runs, but in the end, Dhoni and Yuvraj took the team over the line by six wickets.

The winning six struck by Dhoni is still viewed as one of the most exciting moments in India''s sporting history. As the winning six was hit, Ravi Shastri was doing commentary then, and he famously remarked, "Dhoni, finishes it off in style, India lifts the World Cup after 28 years".

As soon as the match-winning shot was hit, Tendulkar erupted with joy and had tears to see his dream finally being fulfilled.

Earlier this year, former Indian batsman Sachin Tendulkar''s famous lap around the Wankhede Stadium after the 2011 World Cup win, titled ''Carried On the Shoulders Of A Nation'', was voted the greatest Laureus Sporting Moment of the last twenty years.

The lap after the World Cup is still edged into everyone''s hearts.

Playing in his last mega 50-over tournament, it was the last chance for Tendulkar to lift the coveted trophy.

The closest he came to winning the trophy was in 2003 as India made the finals under the leadership of Sourav Ganguly.

But the Men in Blue fell short in the finals against Australia.

Then in 2007, the biggest setback was in store for the legend has India bowed out of the tournament in the group stages.