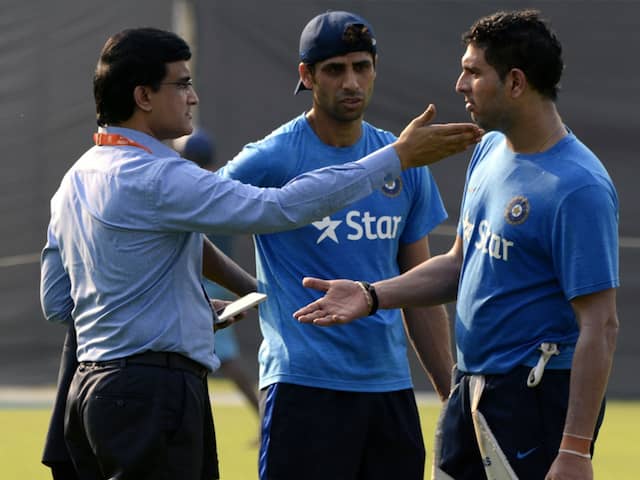 Yuvraj Singh, former India all-rounder, in a recent interview revealed that Sourav Ganguly supported him during his international career more than former India captain MS Dhoni or the current skipper Virat Kohli. Speaking to the Sportstar, Yuvraj Singh said that he has more memories of playing under the current Board of Control for Cricket in India (BCCI) president Sourav Ganguly because of the support he gave to the all-rounder.

"I have played under Sourav (Ganguly) and had a lot of support from him. Then Mahi (MS Dhoni) took over. It's a difficult choice to make between Sourav and Mahi. I have more memories of time under Sourav because of the support he gave me. I didn't have that kind of support from Mahi and Virat (Kohli)," Yuvraj Singh was quoted as saying by Sportstar.

Yuvraj, 38, played a crucial role in India's 2011 World Cup triumph and he was named player of the tournament for his all-round performance in the tournament.

The all-rounder announced retirement from international cricket back in June 2019.

Yuvraj was also the star performer for the young Indian team led by MS Dhoni that went on to lift the inaugural World T20 in South Africa in 2007.

Yuvraj, much like other Indian cricketers, is spending time at home as India fights against the coronavirus pandemic.

On March 21, Prime Minister Narendra Modi announced a 21-day nationwide lockdown to curb the spread of coronavirus in the country.

Yuvraj Singh along with many cricketers and other athletes from across the country extended their support to the lockdown, urging their fans to stay at home amid the coronavirus crisis.