Sachin Tendulkar scored a crucial 85 as India beat Pakistan by 29 runs in the 2011 World Cup semi-final. 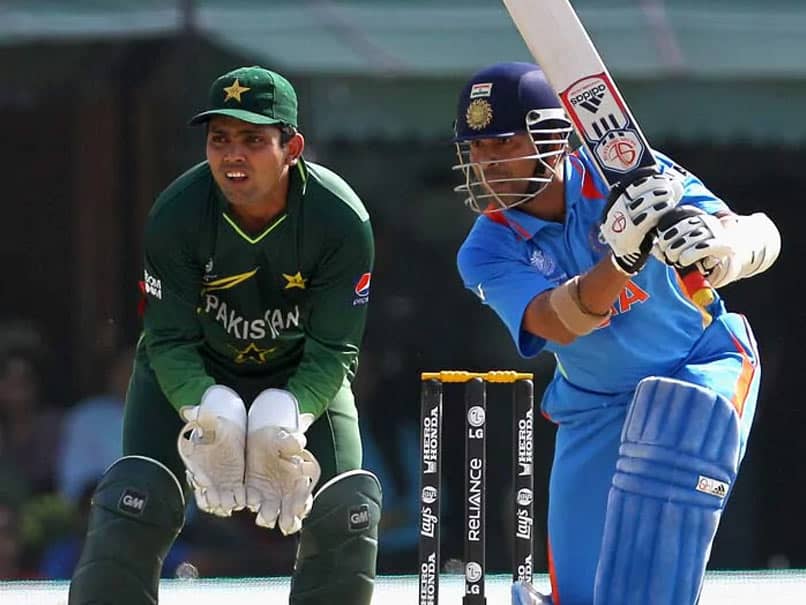 On this day in 2011, India beat arch-rivals Pakistan in the semi-finals of the ICC World Cup to reach the final of the quadrennial event. It was a game where Sachin Tendulkar played a match-winning knock, but only because Pakistan gave him four lives. It was a match where Wahab Riaz threatened to knock over India's batting lineup. But eventually, India registered their fifth win over Pakistan in World Cup history, maintaining their perfect record.

India won the toss in Mohali and chose to bat first. Virender Sehwag, opening the batting with Tendulkar, got India off to a brisk start before being trapped LBW by Wahab Riaz, hitting 38 off 25 balls.

Tendulkar then went on to make 85, but he had his fair share of luck. He had a LBW decision controversially overturned and was dropped four times by Pakistan.

With no other Indian batsman managing a big score, the knock proved to be the difference between the two sides as India posted 260.

The Indian bowlers never let Pakistan into the game, with five players taking two wickets each as the Shahid Afridi-led side fell short of India's score by 29 runs.

Mohammed Hafeez and Asad Shafiq made good starts but could not convert while Misbah-ul-Haq's 56 was too little too late.

Interestingly, it was the fifth time the two sides had met in the 50-over World Cup and Sachin Tendulkar had played in all five contests.

India went on to beat Sri Lanka at the Wankhede Stadium in Mumbai a few days later in the final to seal their second World Cup title.