On This Day, Virender Sehwag Became First Indian To Hit Triple-Century In Tests

Virender Sehwag smashed 309 runs against Pakistan in Multan to become the first Indian batsman to register a triple-century in Tests. 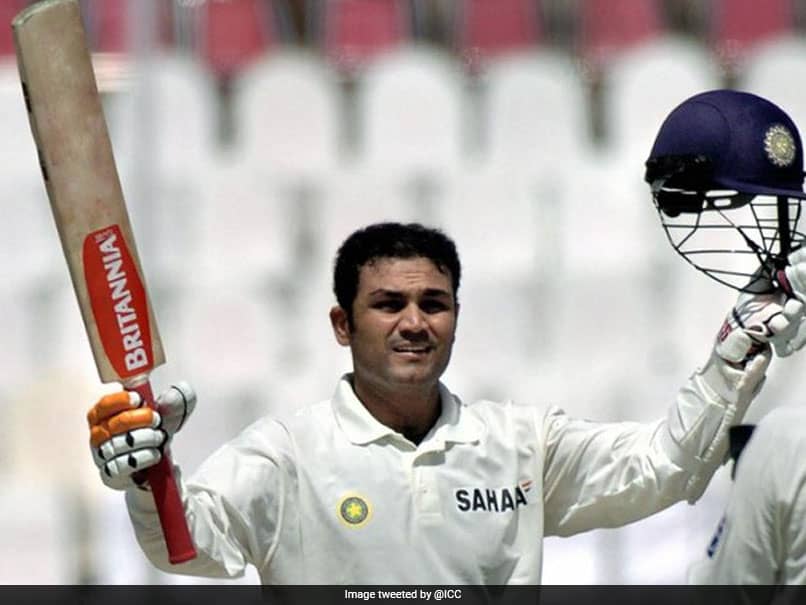 Virender Sehwag reached the milestone with a six off Saqlain Mushtaq.© Twitter

It was on March 29, 2004, when Virender Sehwag became the first Indian batsman to score a triple century in the longest format of the game. He achieved the feat against Pakistan in Multan. In the match, India opted to bat first and finished the first day of the Test at a score of 356/2 with Sehwag unbeaten on 228. On the second day of the match, Sehwag went on to register his triple century and what made the feat more remarkable is that he hit a six off the bowling of Saqlain Mushtaq when he was batting on 295.

Along the way, Sehwag also went on to register the highest score by an Indian batsman against Pakistan in Pakistan. Sanjay Manjrekar had held the record previously as he scored 218 in Lahore in 1989.

Sehwag was finally sent back to the pavilion by Mohammad Sami after playing a knock of 309 runs, and this helped India register a comfortable victory. However, March 29 is all the more special for Sehwag, as four years later, in 2008, he went on score his second triple century.

He recorded his second triple century against South Africa in Chennai on March 29, 2008.

On the third day of the match, Sehwag reached his career-best of 309 runs, and on the fourth day, he went on to add ten more runs taking his individual score to 319.

Apart from Sehwag, Karun Nair is the only Indian batsman to record a triple century. He had achieved the feat against England in Chennai in 2016.

Karun Nair Saqlain Mushtaq Cricket
Get the latest updates on India vs Australia Series, check out the India vs Australia Schedule for 2020-21 and Ind vs Aus live score . Like us on Facebook or follow us on Twitter for more sports updates. You can also download the NDTV Cricket app for Android or iOS.