Virender Sehwag said Virat Kohli's failure with the bat in the just-concluded Test series against New Zealand has nothing to do with his "hand-eye coordination". 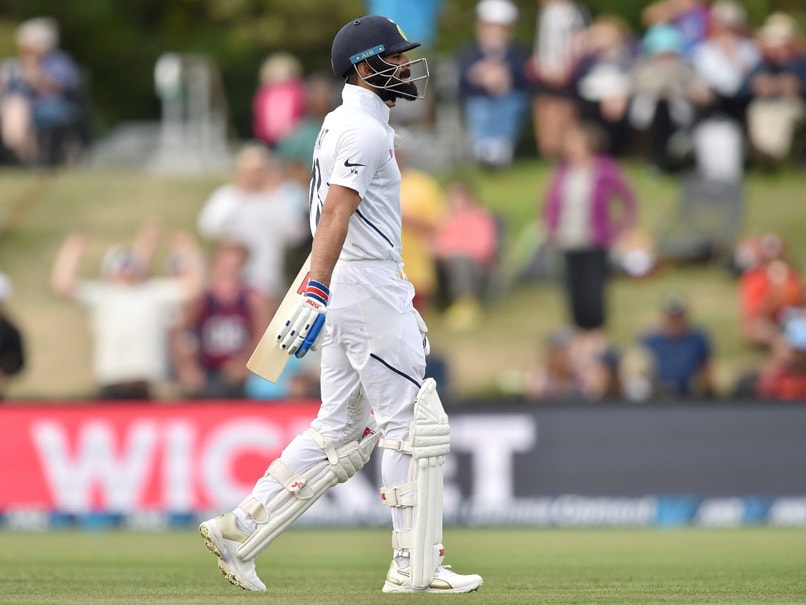 Former Indian opener Virender Sehwag believes Virat Kohli, who struggled in New Zealand across formats, is just suffering from lack of form and "doesn't have hand-eye coordination issues". "When you are out of form, nothing works for you. It is not that Virat is not making efforts but luck has deserted him," Sehwag was quoted as saying by Sportstar. "Virat certainly doesn't have hand-eye coordination issues. Your hand-eye issue deteriorates over a period of time. Not overnight. I am sure it is just lack of form. Also, he has got out to good deliveries."

In the two Test matches against Kane Williamson's men, Kohli managed just 38 runs at an average of 9.50 -- his worst in recent times. He amassed a total of 218 runs in the 11 innings (four T20Is, three ODIs and four Tests) that he played against the Black Caps and ended a pathetic tour with just 14 in his last innings.

The end result was that the number one Test side had to face a crushing defeat at the hands of Black Caps, who made amends following their 5-0 whitewash in the T20Is and came back strongly to win the ODIs and the Test matches -- 3-0 and 2-0, respectively.

"Here (in New Zealand) the ball has seamed a lot and if you are not getting runs then the challenge multiplies. Of course, you can adapt, playing more on the front foot, by leaving the ball," said Sehwag.

"For me, it is important to know which ball to leave and you can do that when you are feeling confident. The pressure also may have got to Virat," he added.

Earlier, Kapil Dev had said that Kohli needs to practise more as his reflexes and hand-eye coordination are probably slowing down.

"When you reach a certain age, when you cross 30 then it affects your eyesight. In swings, which used to be his strength, he (Kohli) used to flick them four, but now he has been dismissed twice. So I think, he needs to adjust his eyesight a bit," Dev had said on ABP news.

"When big players start getting bowled or LBW to incoming deliveries then you have to tell them to practice more. It shows that your eyes and your reflexes have slowed down a bit and in no time your strengths turn into your weakness.

"From 18-24, your eyesight is at the optimum level but after that, it depends on how you work on it," he added.

India will now take on South Africa in the three-match ODI series beginning March 12 in Dharamsala.