The advertisement released on Thursday shows Virat Kohli and Rishabh Pant rapping about the benefits of the products. 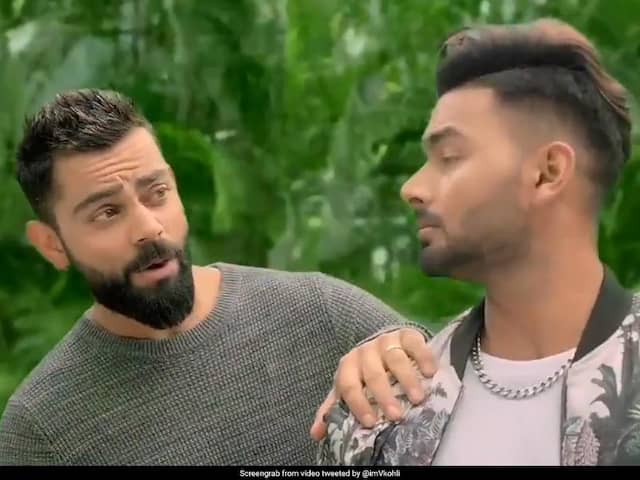 Virat Kohli and Rishabh Pant signed up as official brand ambassadors of a company to promote its new line of face care products. The company released a new advertising campaign that features Virat Kohli and Rishabh Pant showing off their coolness. The advertisement released on Thursday shows Kohli and Pant rapping about the benefits of the products. "Walking like a dude, feeling all cool, you've got the look, you're gonna rule," Kohli says at the start of the jingle. Virat Kohli took to Twitter to share the new ad with his fans. Obviously, the ad was instantly seen by his millions of followers but it seems that they did not like it.

I genuinely believe @josbuttler & @benstokes38 would be excellent ambassadors for this brand. Please contact @phoenixmg3. ??

Considering Warner and Smith's bans for bring the game into disrepute, Kohli could be facing years. https://t.co/9IKopk2L2d

Geez, who makes a song on acne? Acne is not something to be sung.

Virat Kohli Rishabh Pant Cricket
Get the latest Cricket news, check out the India cricket schedule, Cricket live score . Like us on Facebook or follow us on Twitter for more sports updates. You can also download the NDTV Cricket app for Android or iOS.