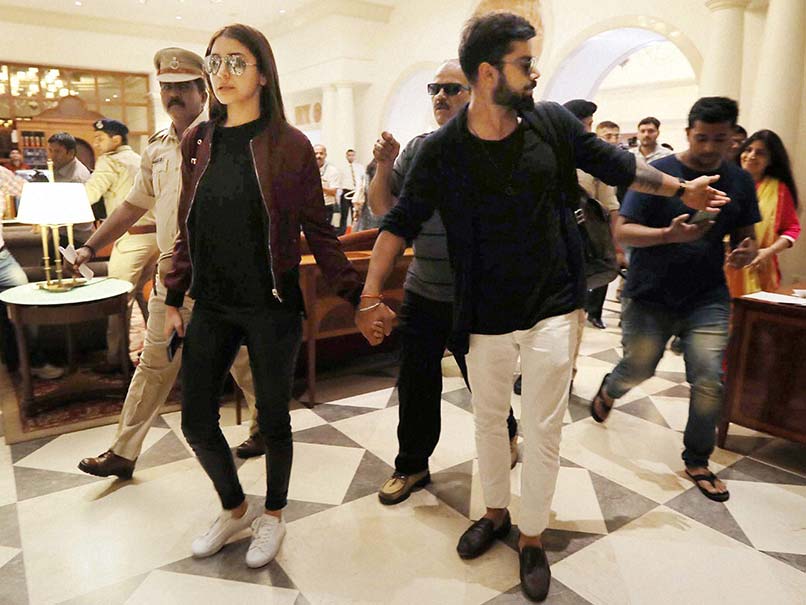 Virat Kohli and Anushka Sharma have often been spotted together.© PTI

Virat Kohli is a great cricketer on the field and off it he has proven to be a good dancer. The India Test captain's dance skills first came to the fore during Rohit Sharma's marriage and it has continued at the recent wedding ceremony of Yuvraj Singh.

Kohli enthralled all as he danced to Bhangra beats with famous singer Ranjit Bawa at the Sangeet ceremony of Yuvraj and Hazel Keech in Chandigarh. Kohli had the company of actor Anushka Sharma at Yuvraj's wedding ceremony in Goa on December 2.

The two were seen dancing to the Punjabi song 'Gori Naal Ishq Mitha'. Though Anushka is a film star, Kohli matched her steps confidently.

Kohli is taking some time off from cricket as there is eight-day gap between the third and fourth Test against England. India are leading the five-game series 2-0, and can seal it with a win in the fourth Test starting on December 8.

He has been in scintillating form of late and has already scored a ton and two half-centuries in the ongoing series.

Comments
Topics mentioned in this article
Virat Kohli Yuvraj Singh India Cricket Team Cricket
Get the latest updates on ICC Women's Cricket World Cup 2022 and IPL 2022, check out the Schedule , Live Score and IPL Points Table. Like us on Facebook or follow us on Twitter for more sports updates. You can also download the NDTV Cricket app for Android or iOS.