"Virat Kohli Has Supported Me Through Thick And Thin, I Owe My Career To Him": Mohammed Siraj

Mohammed Siraj's international career has seem a meteoric rise in the past few months and he credits India skipper Virat Kohli for always believing in him. 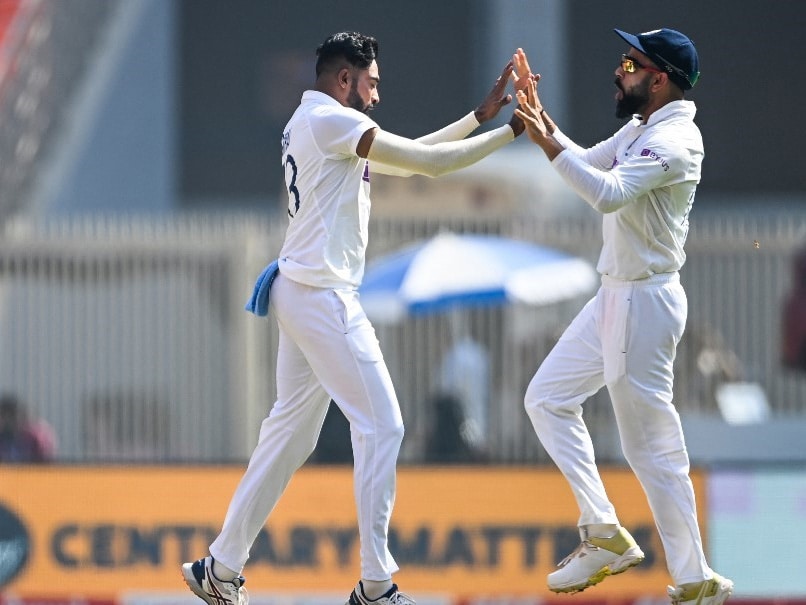 Mohammed Siraj celebrates with skipper Virat Kohli after picking up a wicket.© AFP

Ever since he played a key role in India's historic Test triumph in Australia earlier this year, Mohammed Siraj's international career has seem a meteoric rise in the past few months. While he is reaping rewards of his hard work, the fast bowler says he owes his career to skipper Virat Kohlibecause he has supported him through thick and thin. Siraj credits Kohli for always believing in him and giving him the confidence that he can perform at the top level.

Siraj received the tragic news of his father's death in Australia which broke him down completely but Kohli once again became his pillar of strength and gave him the support he needed to get through that difficult phase. Even though he was not expected to start any game, Siraj decided to stay in Australia and it turned his life for good. Injuries to senior fast bowlers Mohammed Shami and Umesh Yadav worked in Siraj's favour and he ended up playing last three Tests on the memorable tour.

"I had lost my father during the Australia series. I was shattered and not really in my senses. It was Virat bhaiya who gave me strength and support. Mera career Virat bhaiya ke wajah se hai (I owe my career to Virat)" Siraj," Siraj told Timesofindia.com in an exclusive interview.

"He (Virat) has supported me through thick and thin. He has always been there for me and in all circumstances. I still remember how I was crying in the hotel room. Virat bhaiyacame into my room and hugged me tightly and said - 'I am with you, don't worry.' Those words encouraged me a lot," Siraj added.

Kohli returned back home after playing the first Test but he remained in touch with him over calls or messages and kept motivating him, which Siraj believes is the reason why he could perform like the way he did on the tour.

"He (Virat) played just one Test on the tour but his messages and calls motivated me. And that's why I could perform. In fact, I didn't have a good season with RCB in the past two years. But he (Virat) was always there to support me. He has backed me a lot," said Siraj, praising Kohli for his encouragement throughout the Australia tour and during IPL.

Siraj has been named in India's Test squad for the England tour, comprising the World Test Championship final and a five-Test series against England.