While Murali Vijay was dismissed for 108, Virat Kohli remained unbeaten on 111. With bowlers finding no assistance from the pitch, Bangladesh failed to apply any pressure on the Indian batting. 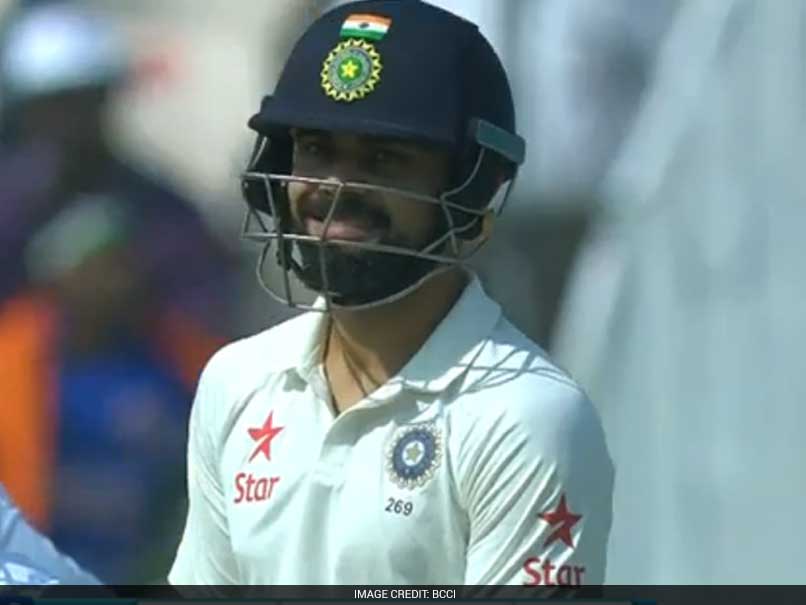 The first day of the India-Bangladesh Test in Hyderabad saw the hosts dominate thanks to tons from Murali Vijay and captain Virat Kohli. While the Tamil Nadu batsman was dismissed for 108, Kohli remained unbeaten on 111. With bowlers finding no assistance from the pitch, the visitors failed to apply any pressure on the Indian batting. As everything went as per script for India, there was a moment during the day that left everyone including the commentators bemused.

The incident occurred when left-arm spinner Taijul Islam was bowling the 62nd over of the Indian innings. Islam had bowled a full-length ball, which Kohli defended right from the middle of the bat. But to everyone's surprise, Bangladesh captain Mushfiqur Rahim, after consulting with the short-leg fielder, went for the review after the on-field umpires turned down the appeal. The bowler too wasn't interested as he didn't initially appeal for a leg before.

Kohli could not help but laugh at Mushfiqur's judgement as he knew right away that Bangladesh had lost a review.

Replays showed that the ball had hit the bat and was well away from the pad. Probably what prompted Rahim to go for the review was the sound that came from the left pad brushing the bat. Kohli was batting on 31 at the time and went on to score his 16th Test century off 130 balls to put the hosts in a commanding position. India finished the day at 356 for 3 with Kohli and Ajinkya Rahane (45*) at the crease.

Comments
Topics mentioned in this article
Bangladesh Cricket Team India Cricket Team Virat Kohli Mushfiqur Rahman Cricket
Get the latest updates on India vs South Africa and check out  Schedule, Results and Live Score. Like us on Facebook or follow us on Twitter for more sports updates. You can also download the NDTV Cricket app for Android or iOS.