India vs Bangladesh: Virat Kohli Cracks Another 200; Australia, Look Out

Virat Kohli overtook Virender Sehwag's record of 1105 runs to become the highest run-getter in Tests in a home season. 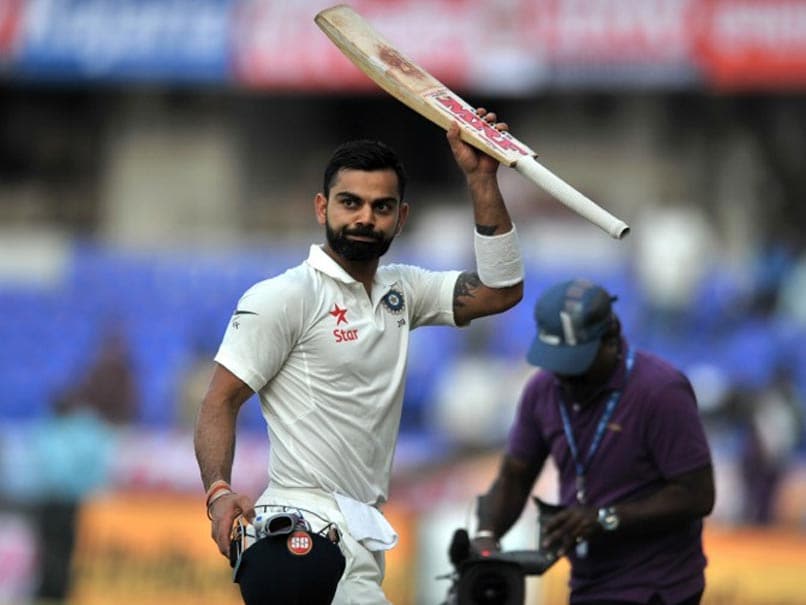 When Virat Kohli got to his century on Day 1 of the one-off Test with Bangladesh at Hyderabad on Thursday, the celebrations were rather muted. Just a day in the office for the Indian skipper, but an ominous sign for the Bangladesh bowlers, since the batting star was looking for a really big one. That ultimately came on Day 2, when he got to yet another double-century, the fourth of his Test career. It was pretty much on the cards right from the time when he came in to bat. With Kohli's scoring spree in Tests continuing into 2017, Australia must be dreading thinking about bowling to the Indian captain in the four-match Test series, starting February 23.

He got just one thing wrong in his knock of 204 -- he did not seek the Decision Review System (DRS) when given out lbw off left-arm spinner Taijul Islam. Had he appealed, he'd have been given not out.

The effort was not as fluent as the other efforts, especially the 265 he got against England at Mumbai on December 11 past year. He was at a little bit of odds with the Bangladesh spinners, even being given out on 180 off Mehedi Hasan before DRS came to his rescue.

Nevertheless, Kohli was determined if nothing else and he soon eliminated the doubts and hesitation as he walked his way towards the landmark.

For the fifth consecutive time, Kohli converted his century into a 150-plus score as he and Ajinkya Rahane added 222 runs for the fourth wicket

The effort also had other records on the way. The Indian skipper became the highest aggregator of Test runs in one home season, overtaking the inimitable Virender Sehwag.

Kohli, on the other hand, in 15 innings so far in the 2016-17 season has scored 1168 runs with the aid of four centuries and two half-centuries.

This also goes to prove that once the Indian skipper passes 50, the opposition better watch out.

Also, with more Tests to come in the season, Kohli may well reach a total that becomes well untouchable for a long time to come.

Comments
Topics mentioned in this article
India Cricket Team Bangladesh Cricket Team Virat Kohli Virender Sehwag Cricket
Get the latest updates on Fifa Worldcup 2022 and check out  Fifa World Cup Schedule, Stats and Live Cricket Score. Like us on Facebook or follow us on Twitter for more sports updates. You can also download the NDTV Cricket app for Android or iOS.