Virat Kohli now has Test centuries against all the countries he has played. 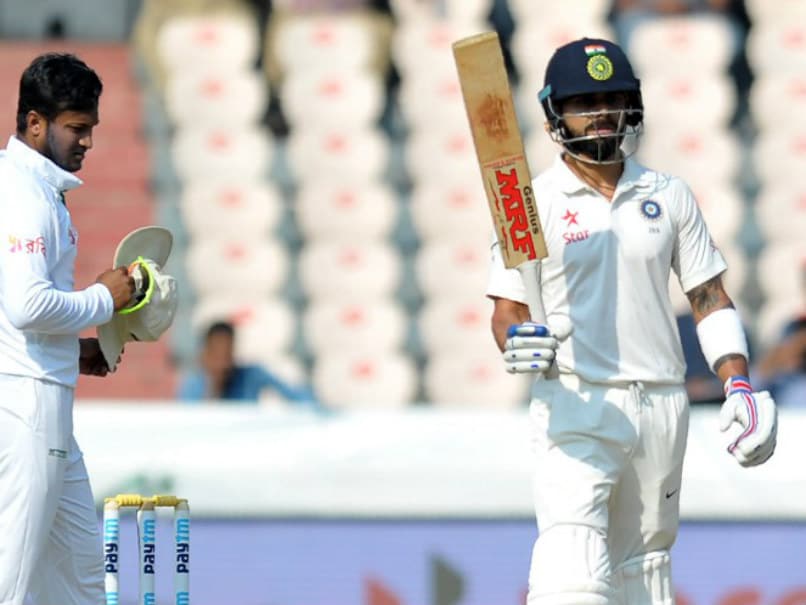 Virat Kohli's sensational run continued as he galloped to a century against Bangladesh on the first day of the one-off Test in Hyderabad on Thursday. The Indian captain, who had a great 2016, is continuing with his rich vein of form as he polished off yet another century. The score was also important in that it gave Kohli a Test century against all the teams he has played so far. The only two sides yet to face Kohli's wrath are Pakistan and Zimbabwe, whom he is yet to face on the Test arena.

Kohli came in to bat when India lost Pujara after with the hosts happily placed at 180 for 2. The skipper got into action immediately, as he clattered a couple of boundaries and was off on his way.

Kohli shared a 54-run third-wicket stand with the other centurion, Murali Vijay, before the latter was bowled round his legs.

Thereafter, Kohli and Ajinkya Rahane, whom the captain had controversially backed ahead of triple-centurion Karun Nair, got around punishing the Bangladesh bowlers with aplomb.

Kohli reached his 16th Test century with ease, playing a classic on-drive off the bowling of off-spinner Mehedi Hasan.

The muted celebrations however stated that he was not done yet and another big one would be around the corner. In the kind of form he is in, it would not be a surprise if he sent the Bangladesh bowlers on another leather hunt on Friday, the second day of the Test, as India would like to bat only once in the match.

Comments
Topics mentioned in this article
India Cricket Team Bangladesh Cricket Team Rajiv Gandhi International Stadium, Hyderabad Cricket Virat Kohli
Get the latest updates on IPL Auction 2023 and check out  IPL 2023 and Live Cricket Score. Like us on Facebook or follow us on Twitter for more sports updates. You can also download the NDTV Cricket app for Android or iOS.