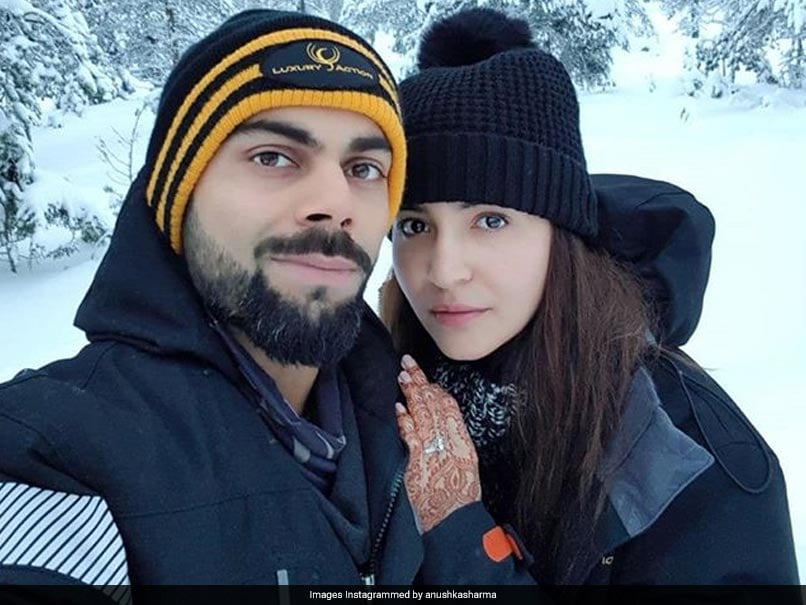 Virat Kohli and Anushka Sharma's wedding in Tuscany, Italy, captured the imagination of not just their fans in India but fans from across the world. Some beautiful pics of the couple's marriage festivities went viral on social media. Following the wedding, Virat and Anushka embarked on their honeymoon with the Bollywood actor posting a selfie of the duo with a snowy background. Many fans were left scratching their heads as to where the photo was clicked. However, in Pakistan, this conjecturing was taken to a whole different level.

Virat and Anushka's fans from the neighbouring country went into hyperdrive and photoshopped their honeymoon picture with some very interesting backdrops.

In these hilarious photoshopped pictures, the star couple can be seen posing in front of some iconic monuments in Karachi, Lahore and Islamabad and not just that, even in front of some local Pakistan juice shops!

Indian fans were not to be left behind. Some of them compared Virat and Anushka's honeymoon picture to scenes from the famous show 'Game of Thrones', while some Assamese thrill seekers found an apt way of promoting their state.

Following this, Anushka will be accompanying Virat to South Africa and spend the New Year with him after which she will return to India in the first week of January.

Comments
Topics mentioned in this article
India Cricket Team Pakistan Cricket Team Virat Kohli Cricket
Get the latest updates on IPL 2020, check out the IPL Schedule for 2020 and Indian Premier League (IPL) Cricket live score . Like us on Facebook or follow us on Twitter for more sports updates. You can also download the NDTV Cricket app for Android or iOS.