Since being shared, the video has brought an internet storm. It has amassed over 2.5 million views and more than 4.7 lakh likes in just one day. 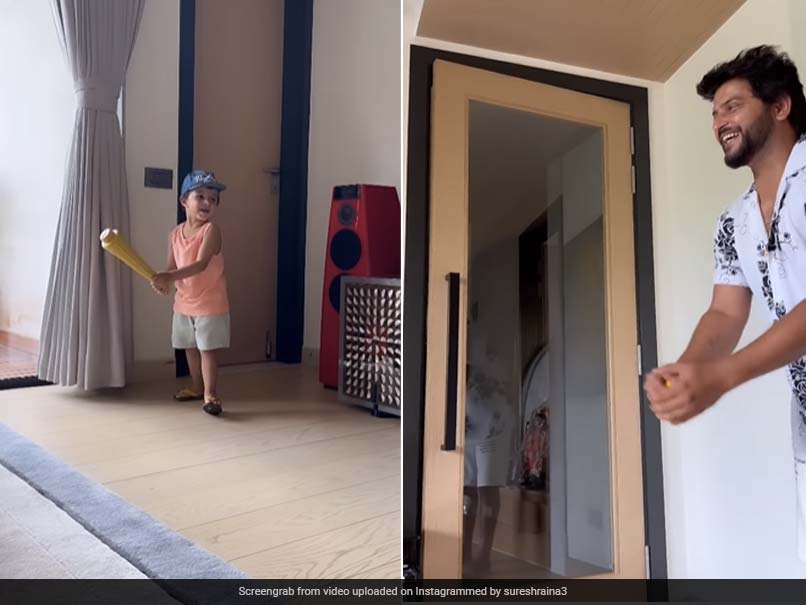 Suresh Raina posted the video on his Instagram handle on Wednesday.

Cricketer Suresh Raina has shared an adorable video, which shows him playing the sport with his little son Rio at home. The video was shared on the batsman's official Instagram account on Wednesday.

"Like father like son @rainario23. My little one trying to work on his cute little strokes. My heart is so full," Mr Raina wrote while sharing the video.

As the video begins, Mr Raina is seen throwing the ball to his son who is batting. Interestingly, the little one doesn't miss any shot. Mr Raina can be seen cheering for him.

In the later part of the video, the boy is seen bowling to his father as he holds the bat and hits the incoming ball.

Since being shared, the video has brought an internet storm. It has amassed over 2.5 million views and more than 4.7 lakh likes in just one day. Instagram users have flooded the comment section of the post praising the little one's skills.

"Next Indian Cricketer," wrote one user, while another said, "Future no.3 for CSK."

A third user commented, "Next all-rounder in team India."

Mr Raina recently shared a video showcasing his cooking skills. In the clip, he tries his hands at handi (clay pot) cooking. Mr Raina is seen placing the handi over a gas stove and adding ingredients to it one by one - thoroughly enjoying the cooking process.

"What's cooking? Something exciting is coming. Stay tuned," Mr Raina wrote while sharing the video which amassed over 3.6 million views and more than 3.9 lakh likes on Instagram.