Usain Bolt posted a video on Instagram where the sprinter is seen playing cricket with his friends. He nailed a cover drive that was applauded by fans. 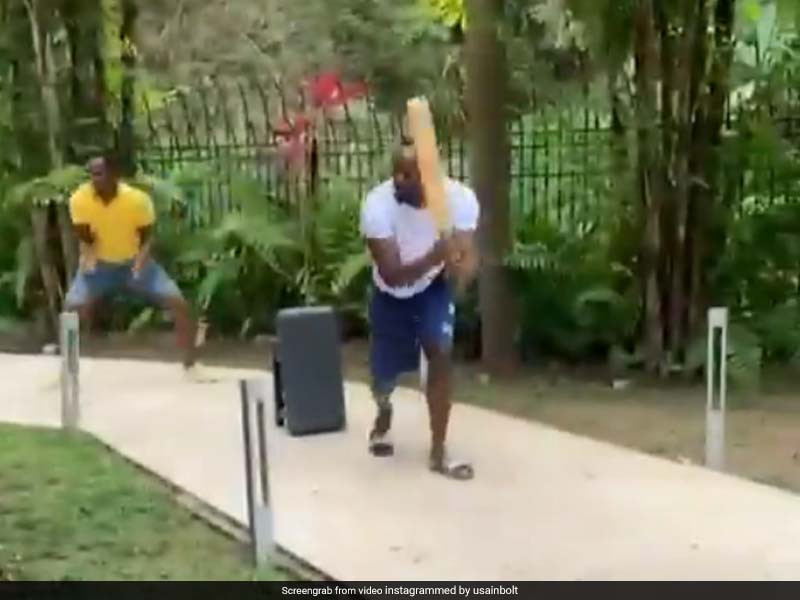 In the video, Usain Bolt can be seen facing two deliveries with his friends.© Instagram

Usain Bolt took to social media to share a video of himself playing cricket with his friends. The Jamaican is known to be an avid cricket fan and has expressed his love for the sport multiple times. In the video Bolt faces two deliveries and defends the first ball. This is followed by a cover drive on the second ball that leaves his friends cheering. "I too quick, man," exclaimed Bolt, reveling in his shot. The video was received well by his fans, with many praising the shot. Posting the video on Instagram, he captioned it as: "A hold vibe".

Here is the video, which he posted on social media:

One fan commented, "It's the cover drive for me".

"Should have become pro cricketer instead smh", another fan wrote.

Bolt retired from his professional athletics career in 2017 and has since then been enjoying his life. Bolt is also a football fan and he has trained with the likes of Bundesliga outfit Borussia Dortmund after his retirement. He also had a trial with an Australian football club.

In 2020 Bolt also became a father for the first time, welcoming a baby girl with partner Kasi Bennett.

He had also tested positive for COVID-19 in that year but recovered later.

Comments
Topics mentioned in this article
Usain Bolt Athletics Cricket
Get the latest updates on IPL 2021, check out the IPL 2021 Schedule and Indian Premier League Live Score . Like us on Facebook or follow us on Twitter for more sports updates. You can also download the NDTV Cricket app for Android or iOS.