On Sunday, the ICC shared a video of Steve Smith's "outrageous" shot against Pakistan in the 2016 World T20 that was held in India. 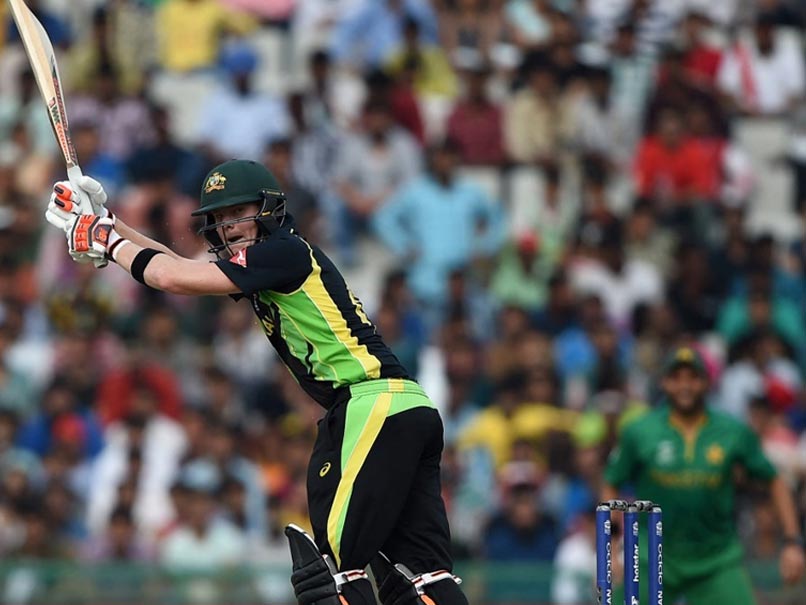 Steve Smith showed his ingenuity with an "outrageous" shot during the 2016 World T20.© AFP

With the T20 World Cup 2021 around the corner, the International Cricket Council (ICC) is ramping up interest by asking fans to vote on some of the greatest moments from the past editions. On Sunday, the ICC shared a video of Steve Smith's "outrageous" shot against Pakistan from the 2016 World T20 that was held in India. In the match, Australia took on Pakistan in the Super 10 stage match at Mohali. The Aussies didn't have the best of starts after electing to bat, but the middle-order led by skipper Steve Smith came to the party and flayed the Pakistan bowling to all parts of Mohali.

Smith was the star of the show for the Australians, smashing an unbeaten 61 off 43 balls while Shane Watson blasted 44 not out off just 21 balls to power the team to 193 for four.

In the penultimate over of the Australian innings, Smith showed why he is regarded by many as the one of the best batsmen in world cricket. Facing Wahab Riaz, Steve Smith decided to adopt a bizarre stance. Smith had been severe on anything pitching on middle and leg and Pakistan tried to stop him by bowling well outside off.

Smith decided to take guard outside the off-stump with all three wickets showing to the Pakistan pacer. Riaz went ahead with Pakistan's plan of bowling outside off.

But there was no stopping Smith. The Australian maestro shuffled even further to the off-side, picking the ball from nearly outside the pitch and with a flick of a wrist, whacked it to deep square leg for a boundary.

Smith's teammate Glenn Maxwell could only laugh at Pakistan's helplessness even as the rest of the world marvelled at his ingenuity.

Steve Smith, that is outrageous

Chasing 194 to win, Pakistan got off to a flyer thanks to Sharjeel Khan. They were in with a shout till the 10th over, but regular loss of wickets meant they started falling off the pace.

Shoaib Malik came in and blasted 40 not out off just 20 balls to revive Pakistan's hopes but with no support from the lower middle-order, Australia registered a 21-run win.

Shane Watson Cricket
Get the latest updates on T20 World Cup, check out the T20 World Cup Schedule and Live Score . Like us on Facebook or follow us on Twitter for more sports updates. You can also download the NDTV Cricket app for Android or iOS.