Superstars In The Team Keeping Chris Woakes Out: Nasser Hussain

Nasser Hussain said the pair of James Anderson and Stuart Broad had been keeping Chris Woakes out of the England side. 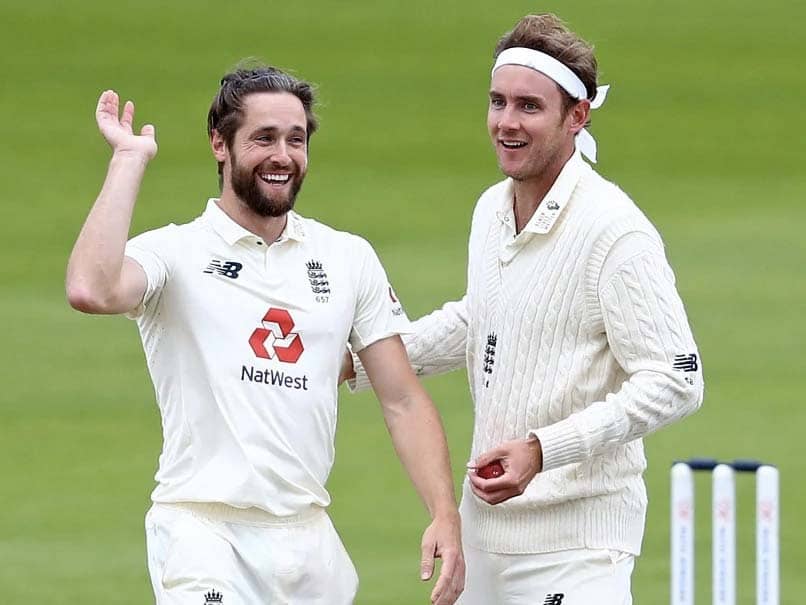 Chris Woakes' match-winning knock against Pakistan in the first Test at Old Trafford has earned him support of former England captain Nasser Hussain, who said Woakes “always goes under the radar” and is left out of the team because of “the superstars” in the England side. “He always does it, he always goes under the radar and he is always the one who is left out because the superstars in that side - the 500-wicket boys, the nearly 600-wicket boy - but he is always there for England. He said on interview last night that he could do with a few more runs and he certainly delivered today,” Hussain wrote in his column in Sky Sports.

Chris Woakes finished unbeaten on 84 in a fourth-innings chase of 277 as England came back from 117/5 to pull off an improbable win. Jos Buttler gave support with 75 and the duo added 139 runs for the sixth wicket.

“The other lad, Jos Buttler, he is in that inner-circle, in that think-tank. He's had three difficult days, he's dropped a couple of chances and with all the pressures of being on the field for virtually every moment, to go out and at the situation they were win and play like he did - that will be a very popular partnership from Buttler and Woakes,” Hussain wrote.

Since the Ashes of 2019, Woakes has played only five out of the 10 Tests that England have played. He played the second Test on the tour of New Zealand but missed out on the first and played only one Test out of four in South Africa.

This summer, he missed the first Test against the West Indies in Manchester. Hussain's reference to the “superstars” is the pair of Stuart Broad and James Anderson. While Anderson, with 590 wickets, is the most prolific fast bowler in history, Broad recently breached the 500-wicket mark against West Indies.

Broad, however, was the top wicket-taker in that series, claiming 16 wickets at 10.93 after being dropped in the first Test. Incidentally, Anderson has also played in only five of England's last 10 Tests, but many of his omissions have been through injuries, while Broad has appeared in nine.

“Before this game I had Anderson ahead of Woakes but I think the way Woakes has played in this game, he has out-bowled Anderson and he's obviously out-batted Anderson so he has the edge,” Hussain wrote.

In the first Pakistan Test, Woakes returned 4/54 against Anderson's 1/97. The second Test begins in Southampton on August 13.