Chris Woakes says he doesn't mind not being the centre of attention playing with the likes of Jimmy Anderson, Stuart Broad and Jofra Archer. 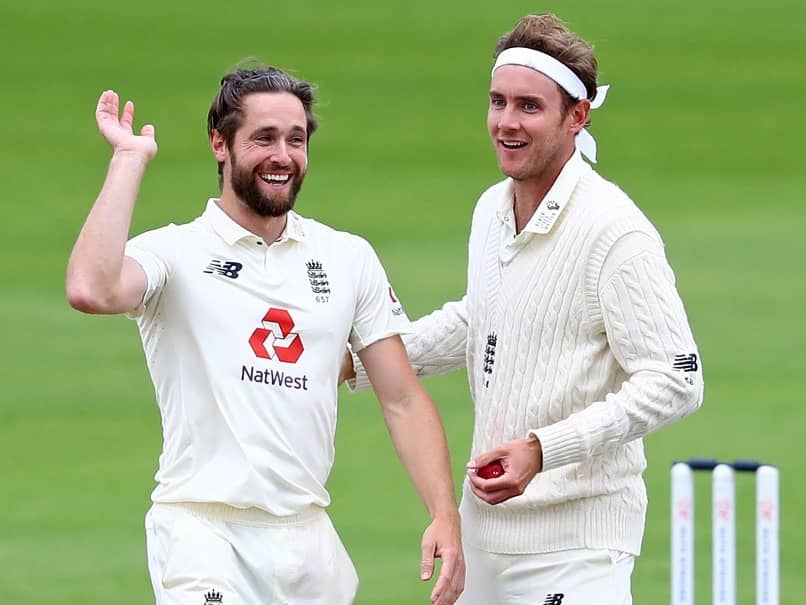 Chris Woakes is happy to be an unsung hero but the England paceman says he is as keen as any of his more high-profile colleagues to play in the first Test against Pakistan on Wednesday. The 31-year-old bowling all-rounder was a key figure in England's recent 2-1 series win over the West Indies. The seamer took 5-50 on the final day of the series-clinching third Test at Old Trafford, also the venue for the Pakistan opener in another three-match campaign.

But his fine return came on the same day that fellow England seamer Stuart Broad took his 500th Test wicket.

With the established new-ball pair of Broad and James Anderson, as well as express quicks Jofra Archer and Mark Wood vying for spots, competition for places in England's attack is fierce.

That is not even taking into account star all-rounder Ben Stokes, unfit to bowl in the West Indies finale because of injury, or Sam Curran, who played in the second Test against the West Indies.

"I honestly really don't mind. I'm not one for being the centre of attention," Woakes told reporters on Monday.

"Don't get me wrong, I want to go out on the field and perform and I want to make match-winning performances for England but it really doesn't bother me if I'm first choice to write about or not, to be brutally honest."

Yet with 81 Test wickets at 22 apiece in England, Woakes has a better home average than either Anderson or Broad.

"My stats have been mentioned and they're very good in England," said Woakes, who has taken 106 wickets in 35 Tests overall.

"I still feel like I can provide really good services to England for many more years to come."

World Cup-winner Woakes said he hoped he had done enough to get into the starting XI for the first Test.

"But competition is high at the minute," he said. "We've still got two of England's greats charging in and taking wickets every time they play and we've got exciting fast bowlers as well."

Woakes enjoyed a breakthrough series against Pakistan in 2016, when he took 26 wickets, but it is still 10 years since England last won a Test campaign against Pakistan.

"Pakistan are always a competitive team," he said. "They've got good experience and some exciting young players, as they always do."

Jofra Archer Cricket
Get the latest updates on India vs England Series, India vs England , live score and IPL 2021 Auction . Like us on Facebook or follow us on Twitter for more sports updates. You can also download the NDTV Cricket app for Android or iOS.