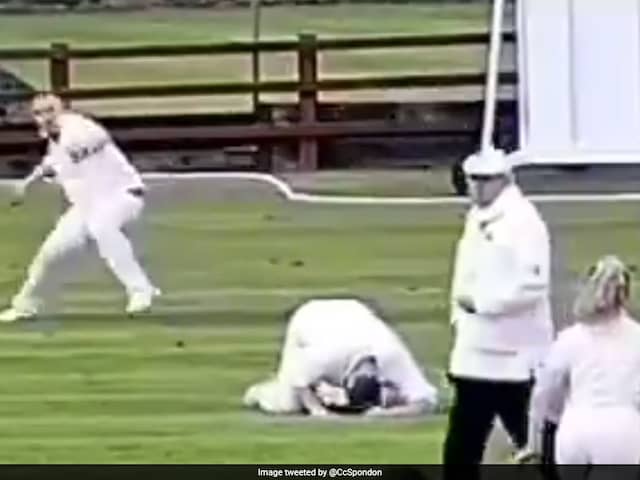 Club cricket is one of the most prestigious form of the game.© Twitter

Club cricket is one of the most prestigious form of the game and it has produced plenty of international cricketers over the years. However, in a recent club cricket match, two players were involved in a hilarious fielding effort. In a video posted by Spondon CC Juniors on their Twitter handle, a backup fielder can be seen hitting his teammate with the ball as he leans down to allow the throw to be completed. The video soon went viral on the internet with veteran England pacer Stuart Broad, sarcastically calling the fielding effort, "World Class".

Although many start tomorrow #cricketisback, our 5ths played last Sunday against Kirkby Portland CC. Does this piece of fielding sum up #clubcricket? #backingup pic.twitter.com/hxWJgg0ATV

English and Sussex cricketer Luke Wright too was in stitches thanks to the fielding effort.

The Kirby Portland CC are based out of Kirkby-in-Ashfield, Nottingham and fields three adult sides, according to their official website.

In the 2018 season, Spondon CC Juniors 1st XI ended as the premier division runners up, premier cup runners up and Jackson Cup Runners Up.

While their 2nd XI were crowed the division 3 champions and Bayley Cup T20 Winners.