Shannon Gabriel was handed a four-match ODI ban by the International Cricket Council. 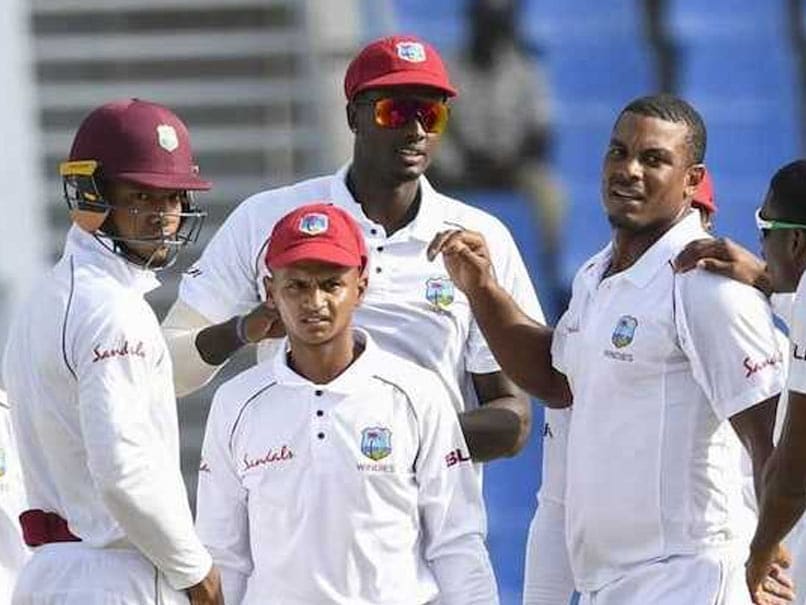 Shannon Gabriel was found guilty of breaching article 2.13 of the ICC code of conduct.© AFP/File Photo

Windies fast bowler Shannon Gabriel has extended his unreserved apology to England Test captain Joe Root over the ill-suited comments he made during the recently-concluded third Test in St Lucia that England won by 232 runs. Gabriel was handed a four-match ODI ban by the International Cricket Council(ICC). He was also penalised 75 percent of his match fees for his misdeed, which he accepted without any appeal. He was meted with three demerit points that took his total demerit points to eight. The Trinidadian was found guilty of breaching article 2.13 of the ICC code of conduct.

Sharing his side of the incident in an ICC statement, Gabriel said: "The pressure was on and England's captain Joe Rootwas looking at me intensely as I prepared to bowl, which may have been the usual psychological strategy with which all Test cricketers are familiar.

"I recognise now that I was attempting to break through my own tension when I said to Joe Root: 'Why are you smiling at me? Do you like boys'?"

Gabriel said he now feels deeply sorry about his comments.

"To my teammates and members of the England team, especially their captain Joe Root, I extend an unreserved apology for a comment, which in the context of on-the-field rivalry, I assumed was inoffensive picking and sporting banter. I know now that it was offensive and for that I am deeply sorry," he said.

"Joe Root and I have since spoken and I am comforted by the fact that there are no hard feelings between us," he added.

Having already lost the first two Tests and the three-Test series to the No.8-ranked hosts, World No.2 England eventually had a consolatory win in the final Test by 232 runs and avoided a whitewash.

England Cricket Team Cricket International Cricket Council
Get the latest updates on IPL 2021, check out the IPL 2021 Schedule and Indian Premier League Live Score . Like us on Facebook or follow us on Twitter for more sports updates. You can also download the NDTV Cricket app for Android or iOS.