Cricket Australia handed down a one-year suspension each for Steve Smith and David Warner, while Cameron Bancroft got a nine-month ban. 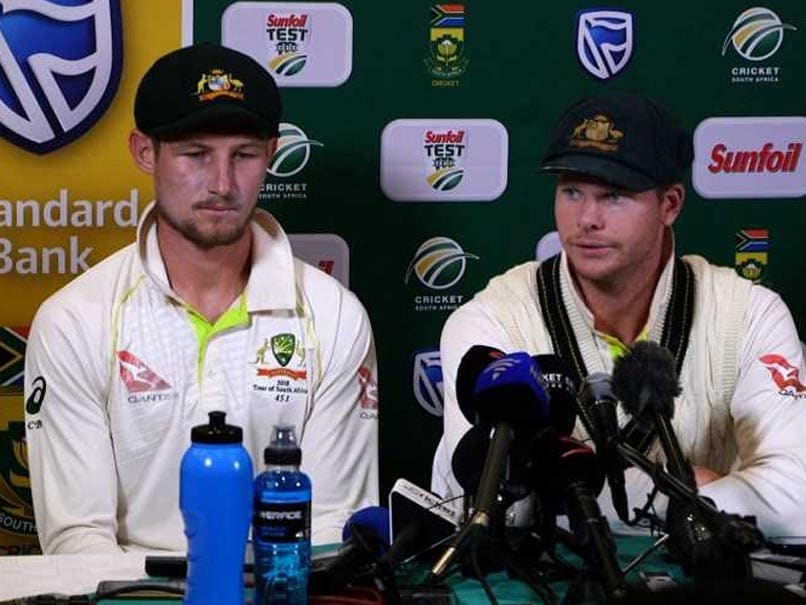 The ICC had handed Smith a fine of 100 percent of his match fee and a one-match suspension.© AFP

Australian cricket was rocked in March this year when Steve Smith, David Warner, and Cameron Bancroft were found guilty of ball tampering on the third day of Cape Town Test against South Africa. Legendary Australian cricketer Steve Waugh is of the view that lack of tough punishments for ball tampering from the International Cricket Council (ICC) in the past allowed cricketers to get away with the act for too long. "You know they push the boundaries a bit by throwing the ball into the rough on the ground, which they shouldn't do and then it's escalated from there. It's a shame how it got to the point that it did but I guess the authorities let that happen," Waugh told to ESPNcricinfo.

"There have been captains in the past who have been done for tampering with the ball and the penalties have been very lenient so there was no penalty for doing something wrong and it was always going to get to the case where it got out of control."

The ICC handed Smith a fine of 100 percent of his match fee and a one-match suspension, which is the maximum penalty under the code of conduct. However, Bancroft got three demerit points and a 75 percent fine.

Cricket Australia then handed down a one-year suspension each for captain Steve Smith and his deputy David Warner, while opening batsman Cameron Bancroft got a nine-month ban.

Ball tampering was a level two offence in the ICC code of conduct but it has now been made a level three offence as of July which has a ban of up to six Tests or 12 ODIs.

Waugh went on to call the attempt to use a sandpaper to alter the condition of the ball "stupid" and it has led to two reviews from Cricket Australia, with the details of one set to be released on Monday.

Waugh added that the outrage from the Australian public was not surprising as the side puts itself "on a pedestal" but it was blown out of proportion.