Steve Smith and David Warner notched up big scores in front of some of the largest grade-level crowds the country has seen. 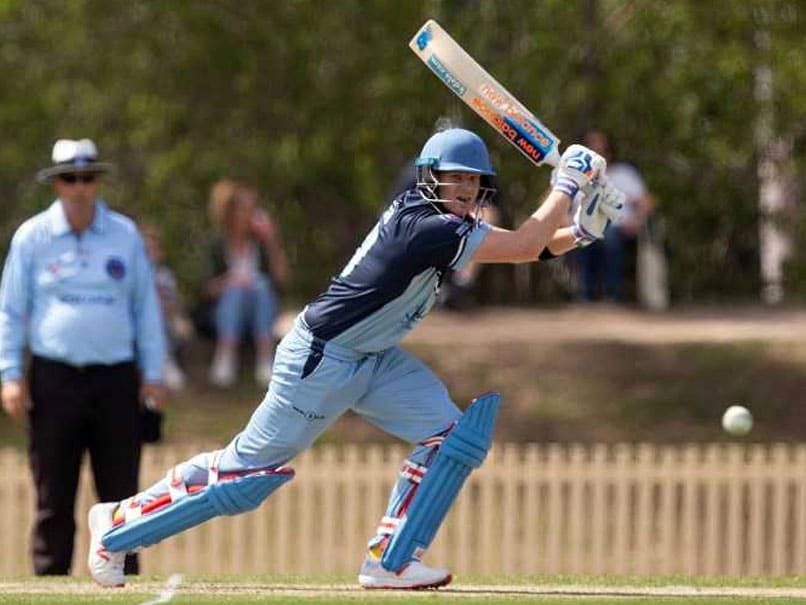 Steve Smith scored a classy 85 off 92 deliveries for Sutherland against Mosman.© AFP

Steve Smith and David Warner made stunning returns to Australian cricket on Saturday. Steve Smith and David Warnernotched up big scores in front of some of the largest grade-level crowds the country has seen. Smith looked as though he had not a missed beat, with a classy 85 off 92 deliveries for Sutherland against Mosman in New South Wales grade cricket. He was greeted with loud applause from hundreds of fans when he walked out to the pitch at Sydney's Glenn McGrath Oval, supporters delighted to see a return of his trademark fidgeting at crease.

"I'd prefer him to be playing for Australia, but the support that he got, the warm applause when he scored runs and also when he got out shows that everyone is supporting him."

Some 30 kilometres (19 miles) north at Coogee Oval, former Australian vice-captain Warner smashed a century from 98 balls in his Australia return for club side Randwick-Petersham against St George.

The impressive innings included a huge six hit out of the ground, to the delight of hundreds of onlookers crammed into the small ground.

"It's great to have him back," cricket fan Kim Perry told AFP. "He's a great entertainer for Australian cricket."

Both players took time out in between innings to pose for photos and chat with fans, on a charm offensive as they seek redemption for their part in the ball-tampering scandal against South Africa in March.

The pair are serving one-year suspensions from international and state cricket for the scandal, while opener Cameron Bancroft was banned for nine months.

"I think they will probably welcome them (Smith and Warner) back after they've done their time. Not before," said 82-year-old cricket fan Don Sounders.

Smith and Warner are expected to spend more time at their respective grade-level clubs in New South Wales this summer if they decide not to join the new Twenty20 competition in the UAE.