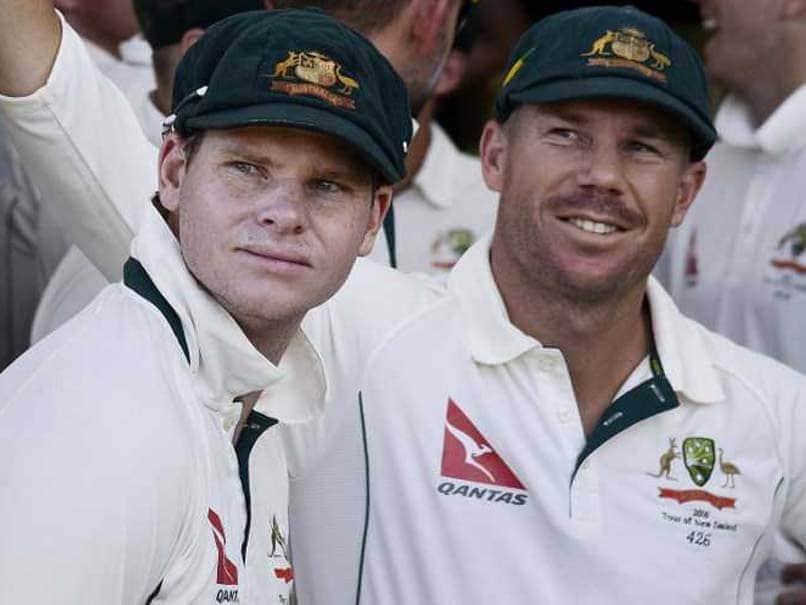 Steve Smith and David Warner are set to return on their home soil.© AFP

Suspended Australian cricketers Steve Smith and David Warner are set to return on their home soil for the Sydney Grade Cricket. The opening round of the tournament is slated to get underway from September 22. Smith's Sutherland is set to host Mosman at Glenn McGrath Oval in Caringbah, while Warner's Randwick-Petersham will face St George at Coogee Oval, according to cricket.com.au. Sutherland and Randwick-Petersham are scheduled to play back-to-back home games at the start of the Premier Cricket season.

The tournament commences with one-day matches in Round 1 before moving to two-day contests in Round 2.

Smith and Warner will also face-off in the Round 5 on November 10, when Sutherland and Randwick-Petersham square off in a one-dayer at a venue yet to be decided.

However, the availability of both the players, who are undergoing one year ban each from Cricket Australia is yet to be finalised.

Meanwhile, along with Smith and Warner, Cameron Bancroft -- who was also suspended for the ball-tampering scandal, has also returned to cricket.

Warner and Bancroft have played in the NT Strike League in Darwin, while Warner and Smith have featured in the Global T20 league in Canada and the ongoing Caribbean Premier League.