The match officials' report at the end of the first Test between Sri Lanka and New Zealand had expressed concerns about the bowling actions of both players. 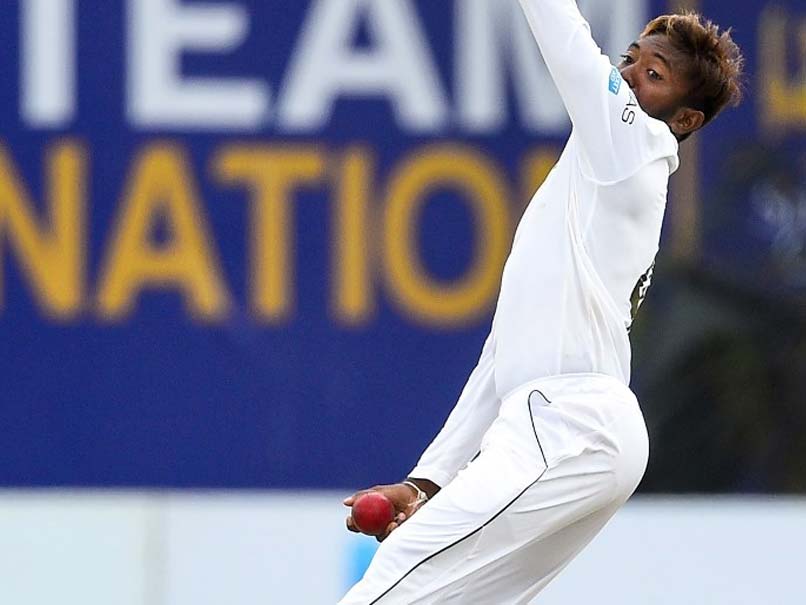 New Zealand skipper Kane Williamson and Sri Lanka spinner Akila Dananjaya have both been reported for a suspect bowling actions after the end of the Sri Lanka vs New Zealand first Test in Galle, the International Cricket Council (ICC) said in a media statement on Tuesday. According the ICC release, the match officials' report, which was handed over to the management of both teams, cited concerns about the legality of the bowling actions of both players. Both Kane Williamson and Akila Dananjaya will now have to undergo testing within 14 days, but ICC said the two players can continue to bowl in international cricket until the test results come out.

"New Zealand captain Kane Williamson and Sri Lanka bowler Akila Dananjaya have both been reported with a suspect bowling action following the first Test between Sri Lanka and New Zealand in Galle from 14-18 August 2019," the ICC statement read.

Williamson, 29, bowled just three overs during the second innings of the game which Sri Lanka won by six wickets.

He has 29 Test wickets in all to his credit in 73 matches. The New Zealand skipper, much admired for his calm demeanour, is primarily a top-order batsman and bowls occasionally.

The 25-year-old Dananjaya, on the other hand, is a budding all-rounder and has played six Tests for Sri Lanka so far, claiming 33 wickets at an impressive average of 24.81.

He had claimed six scalps in the Galle Test, including a five-wicket haul in the first innings.

Captain Dimuth Karunaratne scored 122 as Sri Lanka chased down 268 for the loss of just four wickets to win the first Test and take a 1-0 lead in the two-match series.

Karunaratne posted his ninth Test hundred along with enjoying a record-equalling opening partnership of 161 with Lahiru Thirimanne, who made 64, as Sri Lanka collected their first points of the World Test Championship.

Kane Williamson Akila Dananjaya Cricket
Get the latest updates on Fifa Worldcup 2022 and check out  Fifa World Cup Schedule, Stats and Live Cricket Score. Like us on Facebook or follow us on Twitter for more sports updates. You can also download the NDTV Cricket app for Android or iOS.