Sourav Ganguly termed Abhijit Banerjee's achievement as "much bigger" and said that he was reading about his economic theory which earned him the coveted prize while on the flight. 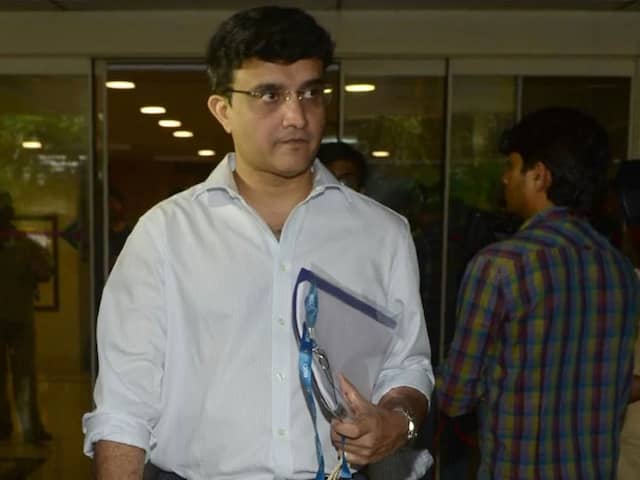 Sourav Ganguly said he was reading about Abhijit Banerjee's work while on flight.© AFP

Sourav Ganguly, who is all set to become the president of Board of Control for Cricket in India (BCCI), congratulated the Indian-born Abhijit Banerjee for winning the Nobel Prize for Economics. Abhijit Banerjee won the Nobel Prize along with his wife Esther Duflo and Michael Kremer for their combined work in fighting global poverty. Speaking to reporters, the former Indian skipper, who led India to 2003 World Cup final, termed Abhijit Banerjee's achievement as "much bigger". Ganguly also said that he has never met Banerjee in person but was reading about his economic theory which earned him the coveted prize while on the flight. Ganguly also hoped to one day meet him in person.

"It is a much bigger achievement. I congratulate him, never met him. I was reading on the flight what he exactly did. He is a special person and hopefully one day I will meet him. It is a terrific achievement," Ganguly said while congratulating Banerjee.

A panel led by Ganguly, which includes Jay Shah, Arun Dhumal Jayesh George and Mahim Verma, are all set to take control of the BCCI.

Addressing the reporters, Ganguly was confident in his "young" team's abilities to deliver the goods for the Indian cricket and take the cricket forward in the country.

"I have got an opportunity when things are tough. It feels great that they have shown confidence in me. I have a young team and have great confidence in them. We don't know how but we will do to best to our abilities.

Ganguly also highlighted what will be his top-most agenda after he takes charge of the BCCI.

"The biggest priority that I have been harping for about past few days is to improve the conditions of first-class cricketers. We only look at the top but now will have to look at the bottom as well," said Ganguly, who filed his nominations for the BCCI president post yesterday.