"Magician On The Pitch": Yuvraj Singh Wishes Shane Warne On His Birthday 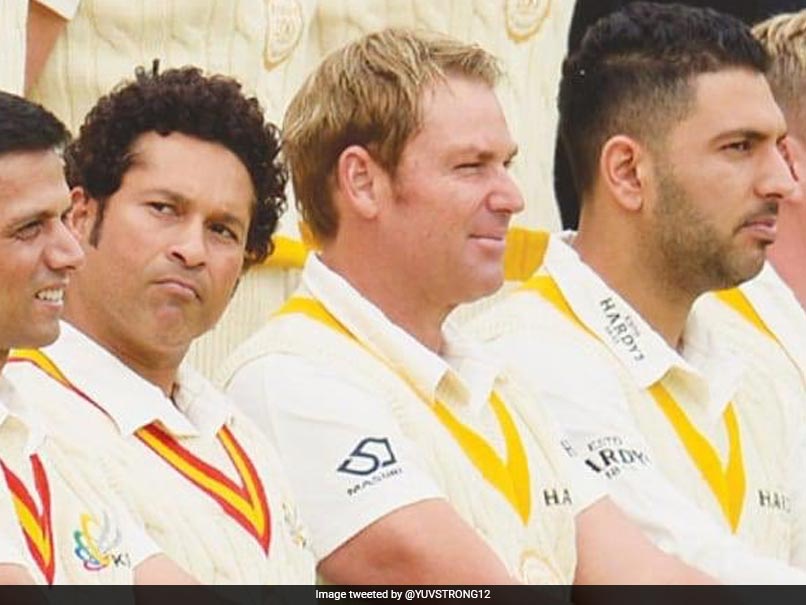 Shane Warne was hailed by Yuvraj Singh as "one of the greatest players" the game has ever seen.© Twitter

Happy birthday to the legendary king of spin @ShaneWarne arguably one of the greatest players the game has seen and remembers! A champion performer and a magician on the pitch! Wishing you good health and happiness always pic.twitter.com/wbs7oDa1AT

Yuvraj could come out of retirement and be a part of the Punjab squad next season, according to NDTV sources. The cricketer retired from international cricket in June 2019. However, he was motivated to make a return to the game after mentoring players from Punjab in domestic cricket.

His focus currently lies only on playing T20 cricket for Punjab. The cricketer has written to Punjab Cricket Association (PCA), expressing his eagerness to come out of retirement in order to help the state emerge victorious in T20s. This comeback is however subject to approval from the PCA.

Warne, on the other hand, had recently suggested a modification to T20 cricket, which would allow bowlers to bowl a maximum of 5 overs. The former Australian spinner further expressed a desire to see this suggestion implemented in the upcoming edition of the Indian Premier League (IPL), tagging Board of Control for Cricket in India (BCCI) president Sourav Ganguly, as well as the International Cricket Council (ICC) in his Twitter post.

"Getting a lot of great reply's to my suggestion re a maximum of 5 overs per bowler in T/20 cricket! Let's make it happen ASAP @ICC! Maybe we could try it in the @IPL starting on Sept 19 @SGanguly99 (sic)," his tweet read.

Mumbai Indians (MI) will take on Chennai Super Kings (CSK) in the opening clash of the 13th edition of IPL in the UAE.

Yuvraj Singh Shane Warne Cricket
Get the latest updates on SA vs IND 2021-22, check out the Schedule and Live Score . Like us on Facebook or follow us on Twitter for more sports updates. You can also download the NDTV Cricket app for Android or iOS.