An old video of Shahid Afridi has emerged where he can be seen saying that he smashed a TV at his house after he saw his daughter imitating an 'aarti' scene while watching an Indian show. 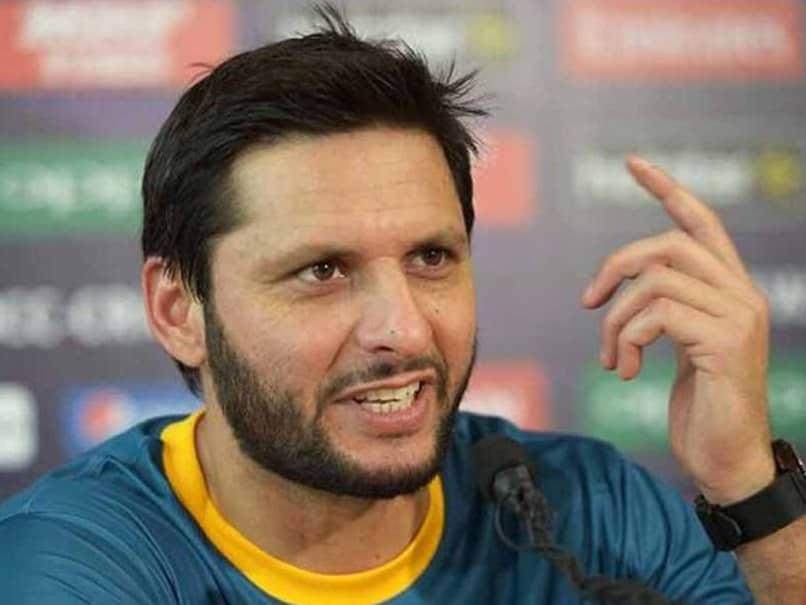 An old video of Shahid Afridi has gone viral on social media.© AFP

Shahid Afridi is facing the wrath of netizens after an old video emerged of him saying that he smashed a TV at his house after he saw his daughter imitating an 'aarti' scene while watching an Indian show. Shahid Afridi is asked by the anchor if he has ever broken a TV in anger. "I have broken the TV once. Broke the TV because of my wife. There were a lot of these Star Plus dramas that were quite popular. I use to tell my wife to watch it alone and not let the kids watch. Once I came out of the room and saw one of my kids copying an 'aarti' scene while watching a Star Plus show. I looked at her and then smashed the TV into the wall," the former Pakistan all-rounder replied.

The video was posted by a Twitter user and immediately went viral. Many users slammed the former Pakistani cricketer for his comments.

Shahid Afridi, a cricketer with a cult following in Pakistan bragging about how he broke his TV because his wife was watching an Indian TV serial and trying to do Arati. Watch the anchor cackle like a hyena and see the audience applaud. This is Pakistan! pic.twitter.com/qBxmik3mJg

The surfacing of the video comes at the back of other former Pakistan cricketers Shoaib Akhtar and Danish Kaneria grabbing headlines for some of their comments.

Speaking on a PTV show titled 'Game on Hai', Akhtar had alleged that there were players who did not want Kaneria to be part of the Pakistan team because he is a Hindu, and that the spinner was never given due credit for his performances.

Kaneria supported Akhtar's claim, saying there were a "few players" who targeted him for being a Hindu during his time with the national team but never felt the urge or the pressure to change his religion.

Shahid Afridi Danish Kaneria Cricket
Get the latest updates on IPL 2021, IPL Points Table , IPL Schedule 2021 , live score . Like us on Facebook or follow us on Twitter for more sports updates. You can also download the NDTV Cricket app for Android or iOS.