Shoaib Akhtar said that there was never a culture in the Pakistan team to discriminate anybody on the basis of race. 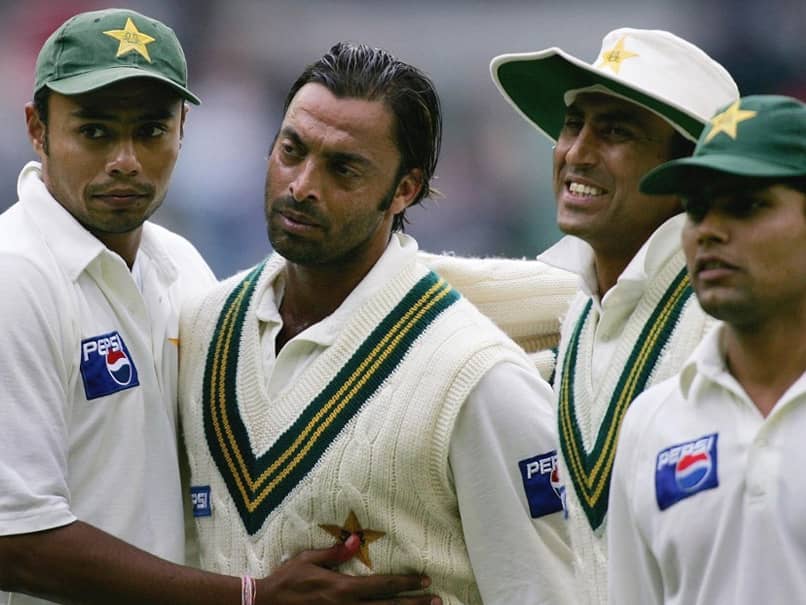 Danish Kaneria had alleged that the PCB did not offer any help after he was banned from cricket.© AFP

Former Pakistan pacer Shoaib Akhtar has clarified his statement regarding Danish Kaneria, saying his allegation that many did not want the former leg-spinner to be part of the Pakistan team because of his Hindu faith were taken completely out of context and there was never a culture in the team to discriminate anybody on the basis of race.

On Thursday, Akhtar had alleged that there were many who did not want Kaneria to be part of the Pakistan team because of his Hindu faith following which the banned Test leg-spinner stated that there were a 'few players' who targeted him, but he was never pressurised to change his religion.

On Saturday, former skipper Inzamam-ul-Haq said he never felt any such thing when Kaneria played under him.

"I watched the mess that was made of my statement, which was taken completely out of context," Akhtar said in a tweet with a video on his YouTube channel where he went on to say that 1-2 players in the team did pass racist comments on Kaneria, but it was never encouraged by the team members and was nipped in the bud.

I watched the mess that was made of my statement, which was taken completely out of context.
I have given a thorough & complete response to all the criticism, addressing it point by point. Watch the video. Understand what i was trying to say.https://t.co/9NY5zPIAdW pic.twitter.com/gxb5M5eGsd

"There is unwritten contract that we got to respect every player no matter what. But there was some hesitation shown by a few players. This is not our team's code of conduct. This is just 1-2 players' and there are these kinds of players all over the world who pass racist comments," he said.

"We, as a society, should realise that this should be nipped from the bud. I am a product of this society and I did that. I had told them I will throw you out if you talk like this (about Kaneria's faith). Because this is not our culture."

"We as a nation did not let such discriminatory thoughts prevail. We stopped it there. We have improved a lot as a society in the last 10-15 years."

Lauding Kaneria, Akhtar said: "Danish has helped Pakistan win a lot of matches. Danish has played for Pakistan for 10 years. He was played over Mushtaq Ahmed. I still feel he should have been played two years earlier."

Kaneria on Saturday made fresh allegations against the Pakistan Cricket Board (PCB) and the government saying that he was not offered any help after being banned from the sport.

Kaneria, who has played 61 Tests for Pakistan claiming 261 wickets, was banned for life from any cricket under the jurisdiction of the England and Wales cricket Board (ECB) after being found guilty of corruption by a disciplinary panel in relation to the spot-fixing case involving Mervyn Westfield.

Taking to Twitter, Kaneria had said on Saturday: "It is a fact that I didn't get any support from the Pakistan government or the board after the ban and my acceptance, whereas other players in similar situation play for Pakistan with support from the PCB and are honoured. Any drawn conclusion on this matter would prove Shoaib Akhtar claim as right."

Akhtar added that he was banned by the ECB and never Pakistan based on his religion. "Danish Kaneria was never left out (of the team) by Pakistan. He was dropped because of the ECB. He had a match-fixing issue and the ECB penalised him for that. Pakistan did no wrong with him."

Pakistan Cricket Team Danish Kaneria Shoaib Akhtar Cricket
Get the latest updates on India vs Australia Series, check out the India vs Australia Schedule for 2020-21 and Ind vs Aus live score . Like us on Facebook or follow us on Twitter for more sports updates. You can also download the NDTV Cricket app for Android or iOS.