Shafali Verma has made an impressive debut for India and is potentially considered to be the next big star in women's cricket in India. 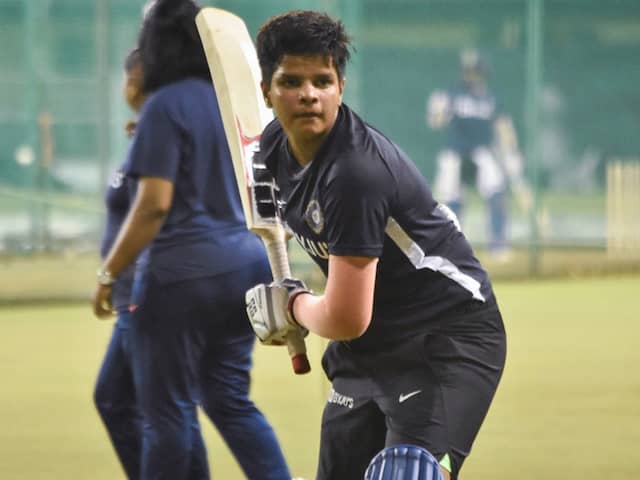 Shafali Verma carries the same boy's haircut till date even after making her international debut.© AFP

Shafali Verma, playing her second innings at the international level in the fourth Twenty20 International (T20I) against South Africa, scored 46 runs, proving why she is one of the highly rated young talents in the country. Verma's innings helped India register a convincing 51-run victory and take an unassailable 2-0 lead in the five-match series. However, the journey for the 15-year-old was not easy as she faced several obstacles but overcame them like true champion. The biggest obstacle perhaps was that during her initial years, the boys in the neighbourhood refused to play with her. Her father then came up with an idea to get her hair trimmed like boys. The trick worked wonders as nobody noticed whether she was a girl or a boy. Shafali carries the same boy's haircut till date even after making her international debut.

"I introduced her to cricket when she was eight or nine. I used to take her to play neighbourhood teams on Sundays," Shafali's father Sanjeev Verma said.

"Most teams refused to play against her. They said that she could get hurt and that I would complain if that happened.

"Even when I insisted, she was my daughter and I was okay, most didn't agree," said Verma, who makes jewellery in Rohtak near New Delhi.

"At eight or nine, all kids look the same. After the haircut, most didn't even notice she was a girl and she started playing regularly at weekends," he said.

In her brief international career of two innings she has shown great promise as she has the skills to succeed at the highest level.

The next big hurdle Verma family encountered was when they decided to take next big step and enroll her in a professional cricket training academy but most academies refused to take her Shafali.

A determined father who had decided to get her admitted in a cricket coaching class at all costs, got some relief when he found one academy which enrolled both girls and boys. The academy, however, was eight kilometres away from their house and young Shafali, left with no choice, had to paddle her cycle to reach the training ground.

"Most in town refused to take a girl. I eventually found one which took boys and girls. It was eight kilometres (five miles) from our house and she used to cycle there for training each day," Shafali's proud father added.

Sanjeev Verma and Shafali both are big fans of Sachin Tendulkar, and the daughter-father duo watched several videos of the batting great to grasp the nuances of his batting style.

"I have always been a Sachin fan and I made sure that I introduced her to his batting very early. We watched so many Sachin innings together," he said.

Watching Shafali break into the national team has inspired her two other siblings -- 17-year-old brother Sahil and six-year-old Nancy -- to take cricket seriously and rise through the ranks.