Sandeep Lamichhane, Heather Knight Voted As ICC Players Of The Month For September

Nepal leg-spinner Sandeep Lamichhane and England skipper Heather Knight were voted winners of the ICC Player of the Month for September. 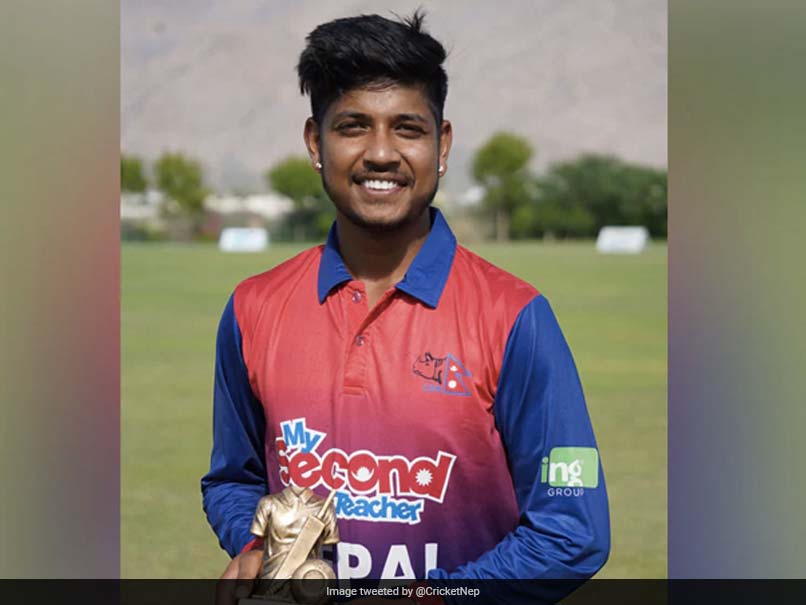 Sandeep Lamichhane took 18 wickets at an average of 7.38 during the ICC Cricket World Cup League 2.© Twitter

Nepal leg-spinner Sandeep Lamichhane and England skipper Heather Knight were voted winners of the ICC Player of the Month for September. Lamichhane beat some strong competition from Bangladesh left-arm orthodox Nasum Ahmed and USA's hard-hitting batter Jaskaran Malhotra -- who themselves delivered some scintillating performances in the month of September. Commenting on Lamichane' s performance JP Duminy, a member of the ICC Voting Academy for September, said, "Sandeep is a great competitor with a unique skill and it's great to see him dominating with the ball like he did last month in the ICC Men's Cricket World Cup League 2 for Oman."

Lamichhane had a stellar month, coming up with some staggering performances during the ICC Cricket World Cup League 2. He played six ODIs, scalping 18 wickets at an average of 7.38 and an economy of 3.17 and was the stand-out bowler during the tournament.

Two of his notable performances came against Papua New Guinea with match figures of 4/35 and 6/11. His other memorable showing was against Oman, where he registered figures of 4/18.

England captain Heather Knight was voted the Women's Player of the Month, beating some stiff competition from her teammate Charlie Dean and South Africa's Lizelle Lee.

Commenting on Heather's performance a member of the ICC voting academy member for September, Sana Mir, said, "Heather has been incredibly consistent not just as a player but as a captain and a leader. Her impact on the England Team is vital and her performances this month make her a worth winner of the Player of the Month accolade."

Her two classy showings with the bat came in the first and the fourth ODIs. She played an innings of 89 in the first match while notching up a magnificent century in the fourth contest, with a knock of 101.

As the captain, her tactical decisions were also on point, as England won the five-match series 4-1.

England Women Sandeep Lamichhane Heather Knight Cricket
Get the latest updates on IND vs NZ 2021, check out the Schedule and Live Score . Like us on Facebook or follow us on Twitter for more sports updates. You can also download the NDTV Cricket app for Android or iOS.