England Women vs India Women: England skipper Heather Knight called the recently concluded one-off Test against India "a great advert" for the women's game and one that shows "women's Test cricket has a place in the game". 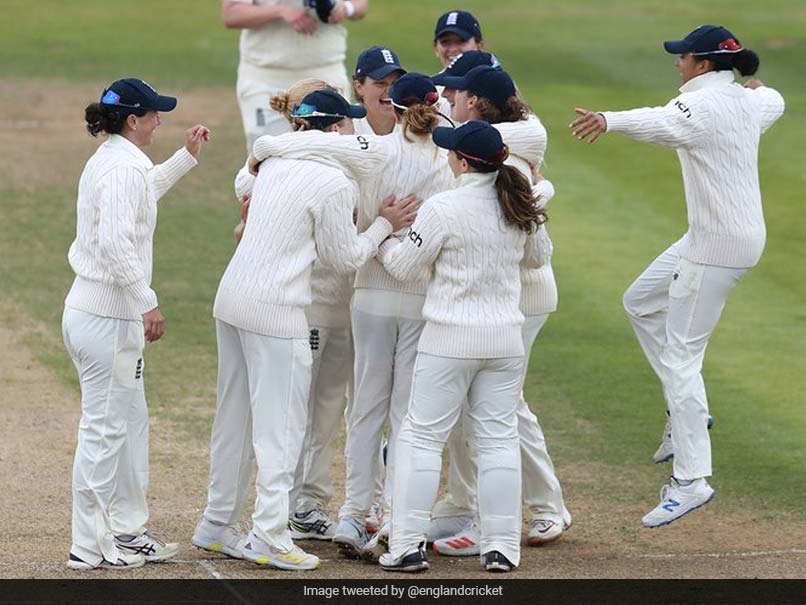 English skipper Heather Knight acknowledged that the one-off Test between England and India was a prime advertisement for the game, saying she would love to see five-day Tests for women. A sensational knock from Sneh Rana saved the Test for India as England were unable to dismiss the lower order on the fourth and final day in Bristol on Saturday, as the visitors earned a hard-fought draw. At one stage India found themselves at 199/7 while following on, but the lower-order scripted a memorable fightback and Rana led the charge with her unbeaten knock of 80 and helped the Indian side in walking away with a draw as England did not even come out to bat in the second innings.

"What a brilliant game of cricket," ESPNcricinfo quoted Knight as saying. "It was unfortunate it didn't have the dramatic and exciting finish that it could have done but what a game of cricket.

"I think it's almost a shame that today it fizzled out a little bit. It was set up to be very good and very exciting, but I think it's been a brilliant advert. We've had some great skills on show, some youngsters come in from both sides and played outstandingly.

"It's been a great advert and shows that women's Test cricket has a place in the game."

Asked whether she would be open to women playing five-day Tests, Knight wholeheartedly agreed. "I would definitely be open to it," she said. "There's obviously been a lot of draws in women's cricket, in previous games, so yeah, it's definitely something I think that should be looked at."

Mithali Raj, the Indian captain, weighed in on five-day tests as she said, "It's a good idea to have a five-day Test but [first] we actually have to start [having] Test matches regularly.

England Women Heather Knight Mithali Raj Cricket
Get the latest updates on T20 World Cup, check out the T20 World Cup Schedule and Live Score . Like us on Facebook or follow us on Twitter for more sports updates. You can also download the NDTV Cricket app for Android or iOS.