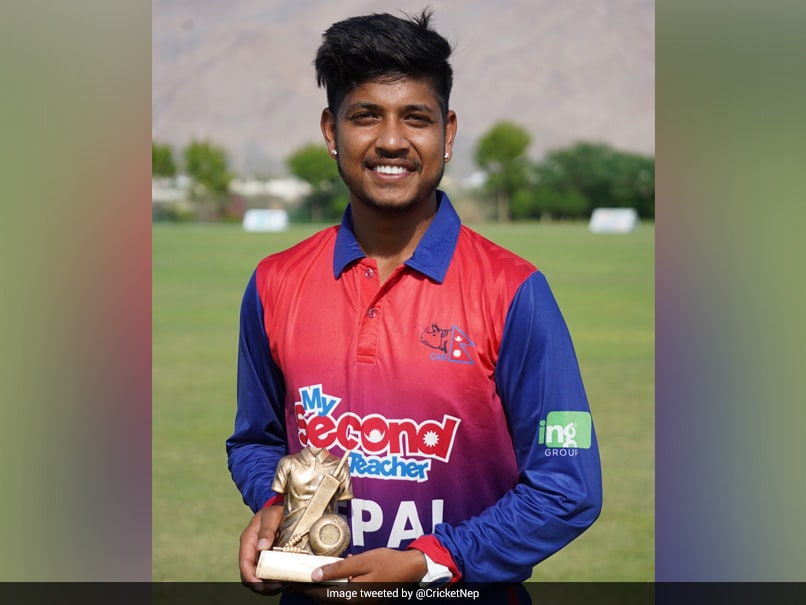 Nepal registered their first ODI win over Papua New Guinea as they won the first match of the two-game series by two wickets. Spinner Sandeep Lamichhane took four wickets and Rohit Poudel produced a fine performance with the bat. Nepal's middle order faltered while chasing the target of 135 runs. Kushal Bhurtel and Ashif Sheikh shared a 46-run opening partnership but after the wickets kept falling, Nepal's old batting problem came to the surface again. Poudel scored 41 runs to lead Nepal to victory. Opting to bat after winning the toss at Al Amerat Cricket Ground in Oman, PNG were all out for 134 in 33 overs.

PNG had suffered defeat in the One Day International (ODI) match against the United States on Monday.

Nepal has faced PNG four times in 50-over matches so far. Three matches were won by Papua New Guinea and one by Nepal. The two teams met for the first time in the 2005 World Cup qualifiers.

Papua New Guinea Sandeep Lamichhane Rohit Paudel Nepal vs Papua New Guinea, 1st ODI Cricket
Get the latest updates on IPL Auction 2023 and check out  IPL 2023 and Live Cricket Score. Like us on Facebook or follow us on Twitter for more sports updates. You can also download the NDTV Cricket app for Android or iOS.