Ricky Ponting also added that Virat Kohli cannot be termed as the best-ever player at this stage in his career and it was too early to compare him to the likes of Sachin Tendulkar. 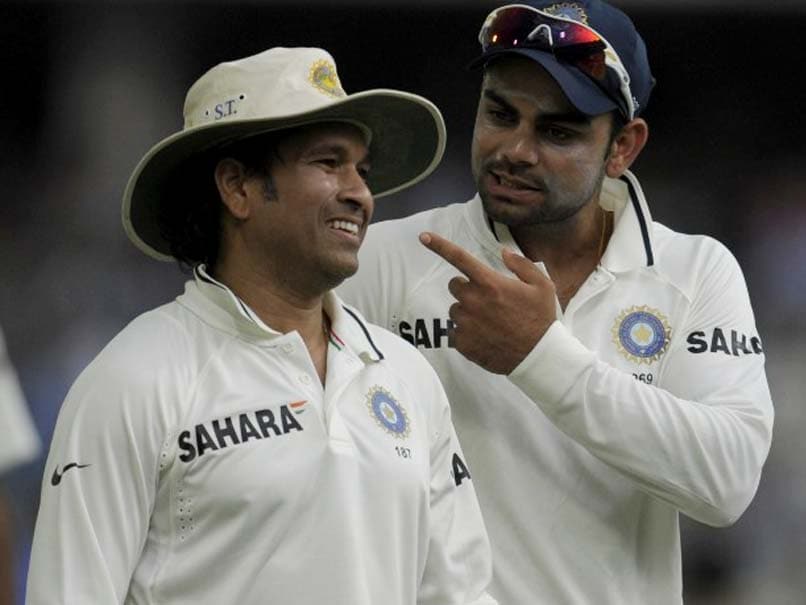 Virat Kohli has often stated that he was inspired by Sachin Tendulkar at an early age.© AFP

Virat Kohli dominated world cricket in 2016 like no other player. In doing so, the Indian captain pulled ahead of AB de Villiers, Joe Root, Kane Williamson and David Warner in the race to be termed the world's best batsman. The 28-year-old is now widely regarded as the leading batsman in international cricket on current form. If the right-hander's form at this stage is anything to go by, then bowlers are bound to have a tough year in trying to contain him. Kohli sits at the top of the batting rankings in limited-overs cricket and is second in Tests.

His next big test is the home series against Australia. The Border-Gavaskar Trophy has produced some memorable moments through the years. Former Australian skipper Ricky Ponting, who played has played a key role in helping take the India-Australia rivalry to a new level, feels the Aussies will struggle in India.

Punter highlighted Kohli as the danger man and said that Australia will have to take boundary-scoring areas away to keep him quiet. Ponting described Kohli as the best batsman in the world at the moment.

"Is he the best batsman in the world? Yeah, he probably is. I thought he was six or seven months ago and he's probably taken it to another level since then," he told Gulf News on Monday.

The 42-year-old also pointed to Kohli's poor record in England.

"He's not the complete, all-round package yet."

Ponting also added that Kohli cannot be termed as the best-ever player at this stage in his career and it was too early to compare him to the likes of Sachin Tendulkar.

"It's too early yet to be taking about him being one of the greats. I think the great players we always talk about, the Tendulkars, the Laras, the Kallises, those guys played 120, 130-200 Test matches. Virat's not even halfway along that path" he said.

Ponting said the differentiating factor between players at the international was longevity.

"The great thing about Sachin was his longevity in the game. To think about someone playing 200 Test matches is quite remarkable and still maintain the standards over such a long period of time," he stated.

Comments
Topics mentioned in this article
India Cricket Team Australia Cricket Team Ricky Ponting Sachin Tendulkar Virat Kohli Cricket
Get the latest updates on ICC T20 Worldcup 2022 and CWG 2022 check out the Schedule, Live Score and Medals Tally. Like us on Facebook or follow us on Twitter for more sports updates. You can also download the NDTV Cricket app for Android or iOS.