Sachin Tendulkar took to Twitter to share a video where he can be seen celebrating Diwali with Jonty Rhodes and Brett Lee. 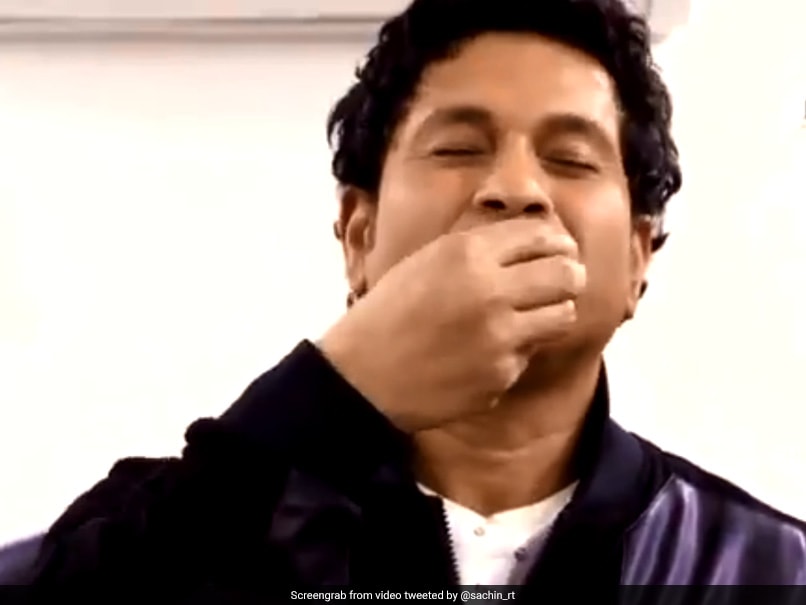 Sachin Tendulkar, former Australian fast bowler Brett Lee And South African legend Jonty Rhodes decided to spice up their Diwali celebrations with something sweet. The cricketing veterans tasted a variety of Indian sweets with their eyes shut, and subsequently attempted to predict the name of the sweet tasted. Sachin Tendulkar took to Twitter to share a video featuring the three cricketers, who pretty much were in the peak of their respective careers in the same era. He wrote, "Diwali is all about happiness and having sweets. @brettlee_58, @jontyrhodes8 and I enjoyed a few laughs and some mithai too. Have a safe Diwali filled with laughter, everyone."

Diwali is all about happiness and having sweets. @brettlee_58, @jontyrhodes8 and I enjoyed a few laughs and some mithai too. Have a safe Diwali filled with laughter, everyone. #HappyDiwali pic.twitter.com/84VWVSE0Xc

Earlier today, Sachin Tendulkar was reportedly alongside Prithvi Shaw while the 18-year-old was training at the MIG Cricket Club in Mumbai. According to several reports doing the rounds online, Tendulkar was spotted giving throw-downs to the 18-year-old batsman, who was until recently suffering from an elbow injury. Apart from Tendulkar, also present at the MIG were Prithvi's coach Prashant Shetty and Tendulkar's close friend Jagdish Chavan. Further reports reveal that Prithvi is back to his regular routine, and did not give his practice session a miss on Diwali too.

Brett Lee Jonty Rhodes Cricket
Get the latest updates on IPL Auction 2023 and check out  IPL 2023 and Live Cricket Score. Like us on Facebook or follow us on Twitter for more sports updates. You can also download the NDTV Cricket app for Android or iOS.