Sachin Tendulkar tuned 47 on Friday and India captain Virat Kohli came up with a special message to extend his wishes. 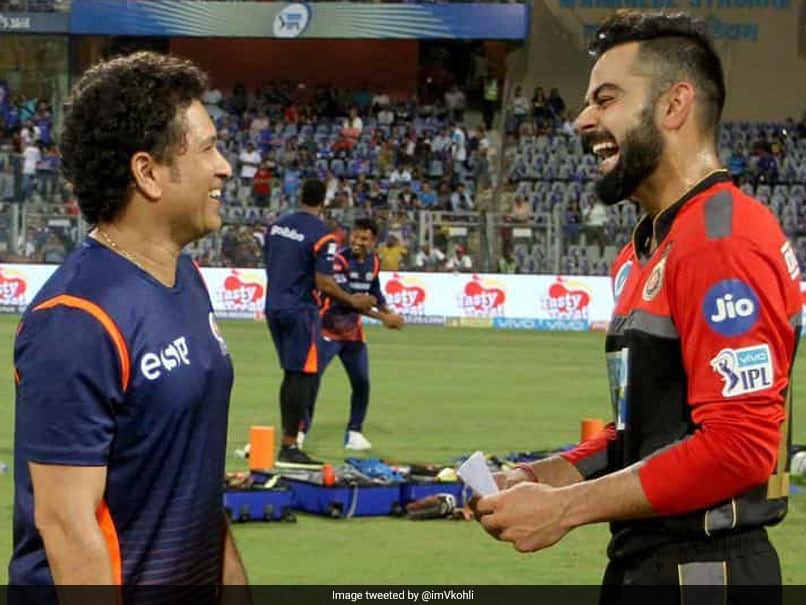 Virat Kohli posted a picture of him with Sachin Tendulkar on social media.© Twitter

Sachin Tendulkaris celebrating his 47th birthday on Friday and the cricket fraternity greeted the Indian cricket legend with wishes on social media. India captain Virat Kohli took to Twitter to share a picture of him with Sachin Tendulkar and wrote a heartfelt message to extend his wishes for the highest run-getter in international cricket. "Happy birthday to the man whose passion for the game of cricket has inspired many. Wishing you an amazing year ahead paaji. @sachintendulkar," Virat Kohli captioned the post.

Happy birthday to the man whose passion for the game of cricket has inspired many. Wishing you an amazing year ahead paaji. @sachin_rt pic.twitter.com/Mj7tE9evHg

True that the great man could stop time in India when batting. But the biggest inspiration @sachin_rt Paaji's career is summed up is in these two pictures. Much needed to remember especially in these difficult times that after every adversity comes victory #HappyBirthdaySachin pic.twitter.com/UODlDjbCEL

Tendulkar, who retired from international cricket in 2013, has held all the major records.

Tendulkar is the only player in the history of cricket to have scored 100 international hundreds.

The Indian batting legend has 51 centuries in Test cricket while in the 50-over format, Sachin Tendulkar managed to get past the hundred-mark 49 times.

Tendulkar also happens to be the first male cricketer to score a double-century in an ODI match.

Sachin Tendulkar served Indian cricket for 24 years and during this period, he represented the country in six World Cups.

Tendulkar, who played just one Twenty20 International, was part of Mumbai Indians for six seasons in the Indian Premier League.

He scored 2,334 runs in the Indian Premier League and in 2011, Tendulkar scored his only hundred in the shortest format of the game in a match against Kochi Tuskers Kerala.

Tendulkar, much like other cricketers across the world, is spending time at home as the coronavirus wreaks havoc worldwide.

The former India cricketer recently pledged to feed 5,000 people for a month.