"We Plan To Stay Not Out Till The End": Rohit Sharma's Special Message On 5th Marriage Anniversary 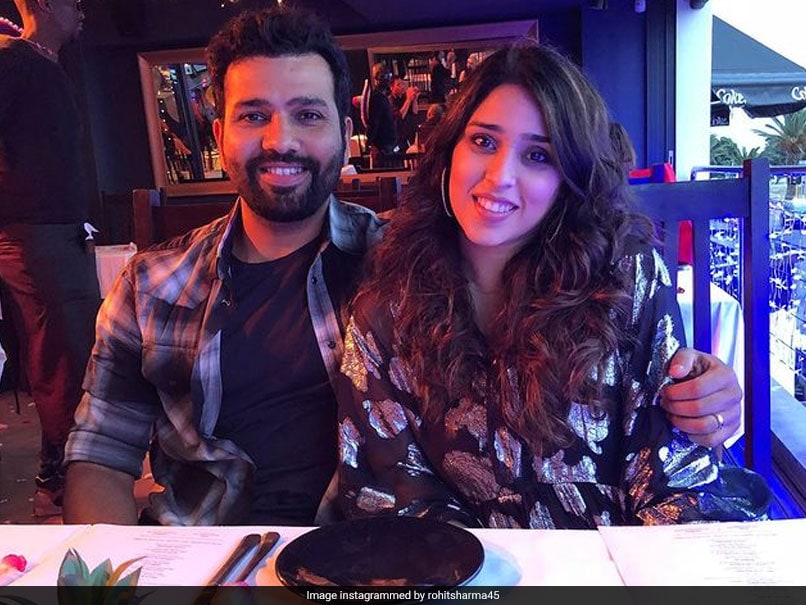 Rohit Sharma and wife Ritika Sajdehcelebrate their fifth marriage anniversary on Sunday and the opener shared an adorable post for his partner on Instagram. Rohit, who is set to fly to Australia for the Test series, shared five pictures with his wife, perhaps celebrating the five years of their marriage, and wrote a beautiful message. "5 yrs of affection and we plan to stay not out till the end @ritssajdeh," Rohit wrote on Instagram. Rohit's IPL franchise Mumbai Indians were among many who responded to the post and extended their greetings to the star couple.

Ritika also took to Instagram to mark her fifth wedding anniversary. Like her husband, she also shared five pictures with a beautiful caption which read, "Happy 5 my love @rohitsharma45 I call dibs on you for all our future lifetimes".

Mumbai Indians, who have won five IPL titles under Rohit's leadership since 2013, posted a couple of tweets to wish their skipper on his wedding anniversary.

"13th Dec 2015, the start of Hitman's best partnership. Lots of love to Rohit & Ritika on their wedding anniversary," read one of Mumbai Indians' tweet.

The franchise also posted a video of the couple and their daughter Samaira from their times spent together during this year's IPL in the United Arab Emirates (UAE).

Rohit Sharma, after guiding Mumbai Indians to a record-extending fifth IPL title in November, missed India's limited-overs leg in Australia, comprising 3 ODIs and as many T20Is, due to a hamstring injury.

Soon after the IPL, Rohit travelled to Bengaluru to begin his rehabilitation at the National Cricket Academy (NCA). After being assessed Rohit was declared fit to join the Indian team in Australia.

Rohit is set to leave for Australia on December 14 and will have to complete a mandatory quarantine. Rohit is not part of the first two Tests and the BCCI said that he will reassessed again after he completes his quarantine Down Under before he can join the rest of the Indian team.