Rohit Sharma will join the Indian team in Australia for the One-day International (ODI) series on January 8. 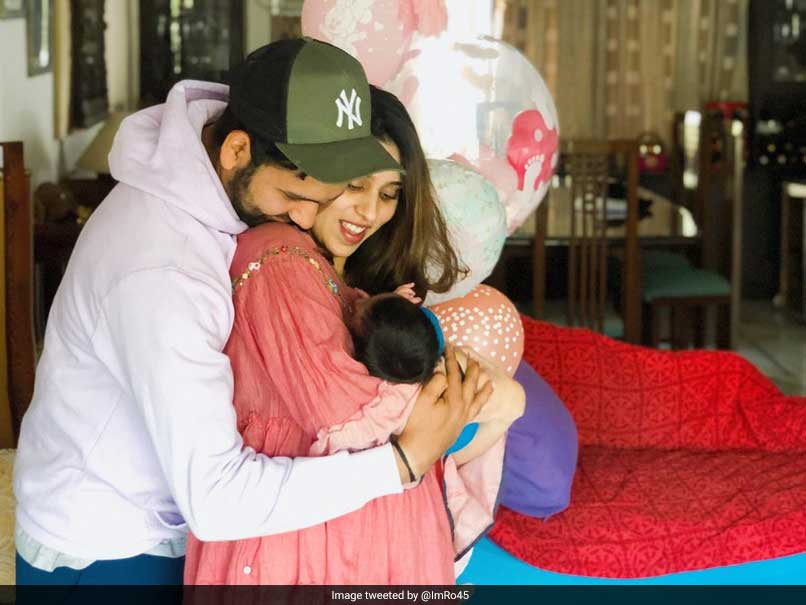 Rohit Sharma, who recently became father of a baby girl, on Sunday revealed the name of his daughter. The 31-year-old took to Twitter to announce the name of his newborn. “I spent last night On the last flight to you Took a whole day up Trying to get way up Baby Samaira,” Rohit wrote on the his official Twitter handle. Along with the post, Rohit also shared an adorable picture of his family. The limited-overs specialist and his wife Ritika Sajdeh were blessed with a baby girl last week.

Baby Samaira https://t.co/xR2fjlvwOr This video never fails to give me goosebumps @adamlevine pic.twitter.com/XPNtfwS4qX

Rohit, who was on the tour of Australia, missed the fourth Test and flew back to Mumbai soon after his wife Ritika delivered the baby.

The Board of Control for Cricket in India (BCCI) in a statement announced that Rohit will join the squad on January 8, when the team begins its preparation for the One-day International (ODI) series starting on January 12.

Earlier, this week, the Indian opener shared the first glimpse of his newborn daughter. Rohit shared a photograph of his daughter on Twitter and wrote, "Well hello world! Let's all have a great 2019."

Recently, Rohit apologised to his wife Ritika for being away on her birthday which was on December 21. Sharing an old photograph with his wife, Rohit wrote, "Happy birthday my other half. Apologies for not being there, thought I'll share this inflight celebration of your birthday last year @ritssajdeh."

The couple tied the knot in December 2015.

Rohit, who was included in the Test squad after a while, had an average outing in the Test series Down Under. In first Test in Adelaide, Rohit scored 1 and 37 while in Melbourne the 31-year-old managed 5 and 63 runs.

Rohit missed out on the second Test in Perth due to injury.

Rohit Sharma Australia vs India 2018/19 Cricket
Get the latest updates on ICC T20 Worldcup 2022 and CWG 2022 check out the Schedule, Live Score and Medals Tally. Like us on Facebook or follow us on Twitter for more sports updates. You can also download the NDTV Cricket app for Android or iOS.