Jasprit Bumrah broke a 39-year-old Indian record on Friday after he surpassed Dileep Doshi's tally of 40 Tests wickets in a debut year. 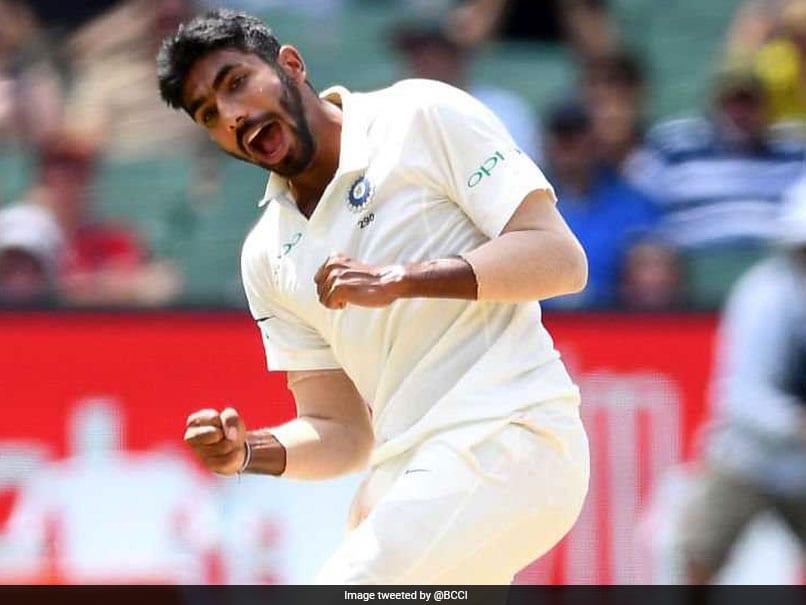 Jasprit Bumrah picked up six wickets on Day Three of the Melbourne Test. Of all his notable exploits, he owes one of them to Rohit Sharma - the wicket of Australian batsman Shaun Marsh. Jasprit Bumrah, who picked up career-best figures of 6-33, dismissed Shaun Marsh on the final ball before lunch and that proved to be an important wicket for India. At the end of day's play, Jasprit Bumrah said that the slower ball to stun Marsh was Rohit Sharma's idea.

"Rohit was there at mid-off and he said, 'it's the last ball, you could try a slower ball'. He told me that I use it quite a lot in white-ball cricket and I could still try it. The execution was good and we got a wicket off the last ball. I have to thank Rohit for the suggestion, obviously. The wicket is on the slower side and sometimes the batsmen play with hard hands, so the slower ball could come into play. So that was the plan," he was quoted as saying by cricket.com.au.

Bumrah broke a 39-year-old Indian record on Friday as he surpassed Dileep Doshi's tally of 40 Tests wickets in a debut year. Spinner Doshi, who played 33 Tests for India, had claimed 40 wickets in his debut year in 1979. Bumrah claimed career-best figures of 6/33 in the Boxing Day Testto accumulate 45 Test wickets in 2018.

The 25-year-old fast bowler also became the first bowler from the sub-continent to take a five-wicket haul in South Africa, England and Australia in the same year.

Following the impressive show in his debut Test year, Bumrah expressed how confident he was since the first day.

"I always wanted to play Test cricket. People have only seen me in white ball cricket. But I've played a lot of first-class cricket earlier. I was always confident that whenever I get a chance I'll be able to do well," Bumrah said at the press conference.

Melbourne Cricket Ground Australia vs India 2018/19 Cricket
Get the latest updates on ICC Women's Cricket World Cup 2022 and IPL 2022, check out the Schedule , Live Score and IPL Points Table. Like us on Facebook or follow us on Twitter for more sports updates. You can also download the NDTV Cricket app for Android or iOS.