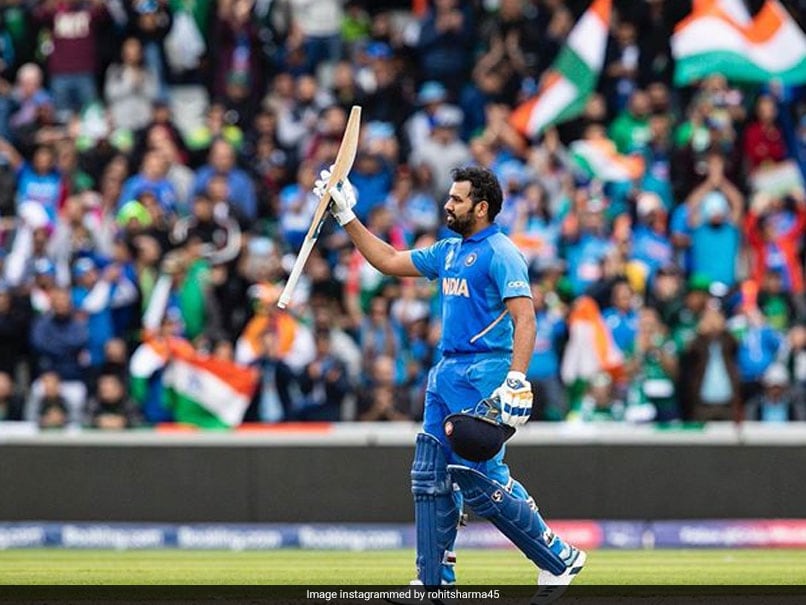 Rohit Sharma made his international debut 13 years ago against Ireland in Belfast.© Instagram

Rohit Sharma made his international debut 13 years ago against Ireland in Belfast. Rohit started his international career as a middle-order batsman and has since then gone on to establish himself as one of the most prolific openers of the modern generation. The Indian opener, who enjoys a massive fan-following on the social media, received warm wishes from his followers on his special day. Overwhelmed with the love showered upon him by his fans, Rohit wrote a heartfelt message on his Twitter handle. Recalling his humble beginnings, India's limited-overs vice-captain said that he "never thought" that "playing in the gullies of Borivali" would lead him to achieve his dream of playing cricket for the country.

"Grateful for 13 amazing years and counting... never thought that playing in the gullies of Borivali would lead to this some day, me living my dream," Rohit tweeted.

Grateful for 13 amazing years and counting... never thought that playing in the gullies of Borivali would lead to this some day, me living my dream

Apart from his batting, Rohit has also proved that he is an excellent leader, taking his franchise Mumbai Indiansto most Indian Premier League (IPL) titles.

Mumbai Indians were among many who led the wishes on the micro-blogging site.

#OnThisDay in 2007 at Belfast, Hitman wore an India shirt for the very first time in international cricket

What is your favourite @ImRo45 knock? #OneFamily pic.twitter.com/9N1UVNpI4P

For first six years of his international career, Rohit always batted in the middle order and couldn't leave much of an impact on the game. In 2013, MS Dhoniasked Rohit to open the innings and rest as they say is history.

Rohit has so far played 224 ODIs scoring 9115 runs at an impressive average of 49.27. Rohit is the only player in the world to score three double hundreds in the 50-over format.