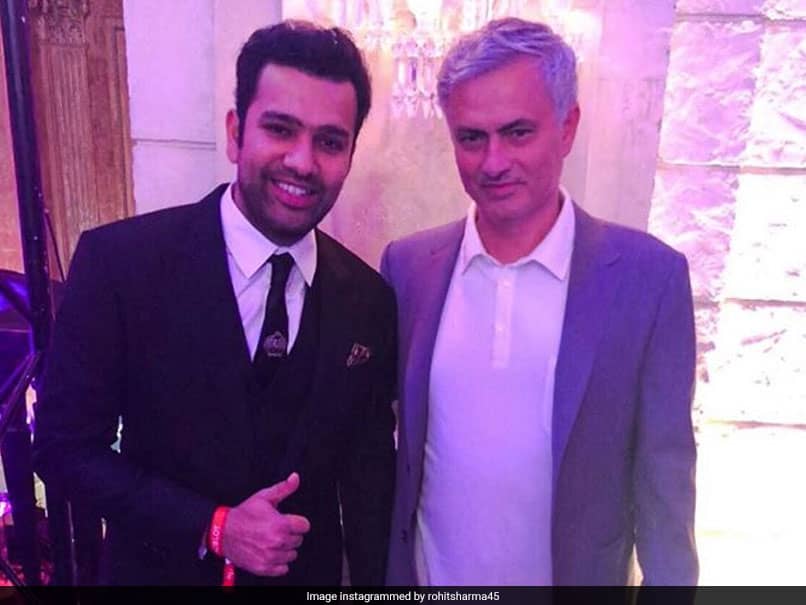 Rohit Sharma is not part of the India squad for the ongoing Test series.© Instagram

Rohit Sharma, who is not part of the India squad for the ongoing Test series against England seems to be keeping himself busy with some Premier League (PL) 2018-19 football action. Rohit Sharma on Saturday revealed his Fantasy Premier League (FPL) squad. His squad consisted of star players like Roberto Firmino, Kevin de Bruyne and Mohamed Salah. Firmino and Salah played a vital role for Liverpool in the previous season to help them reach the Champions League final while De Bruyne was the key playmaker for holders Manchester City. Rohit Sharma also picked Chelsea striker Alvaro Morata and goalkeeper Willy Caballero in the squad -- who had displayed poor form in the previous season.

One of the fan criticised Rohit Sharma's selection and said, "U shouldn't have taken morata coz he never scores and cabellero doesn't play@rohit sir".

While another said, " U saw what caballero did in the world Cup. Still u would choose him. There are tons of keepers. Pickford for example."

A few fans also criticized Rohit Sharma for discussing about football. One said, "Cricketer discussing football. .do footballer ever discuss about cricket? ? They don't even know who you are."

@premierleague kicked off yesterday and this is my team for the week, what's yours? Head to @starpickofficial to make your team and tag me in it! #PremierLeague

Rohit Sharma has accumulated 11 points, thus far in the Fantasy Premier League, from the ongoing match week with the highest point standing of 46.

Caballero, had a horrendous run for Argentina in the FIFA World Cup 2018 in Russia. He was the part of the squad which exited the marquee tournament in the round of 16.

Meanwhile, Alvaro Morata was dropped from the Spain squad for the World Cup. He also had a poor run in his debut season for Chelsea, scoring 11 times in 32 appearances for the London team.